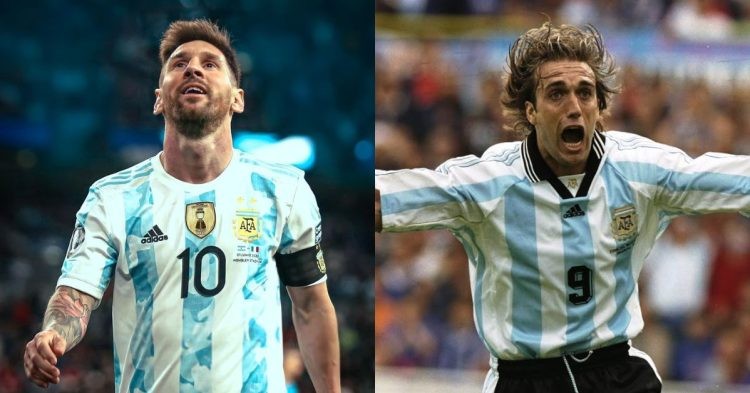 Argentina has been one of the most successful national soccer teams in the world. They have two FIFA World Cups to their name. Lionel Messi is arguably the greatest Argentinian player ever since many believe that soccer legend Diego Maradona holds that place in their hearts. However, Messi has been instrumental in every success the South American nation has tasted since his debut.

Messi has reached the FIFA World Cup final once in his career. However, he hasn’t been able to win the golden trophy despite playing in 4 editions. One might think that Argentina’s top scorer is Lionel Messi, but the real story is completely different.

How many FIFA World Cup goals does Lionel Messi have?

According to Transfermarkt, Messi has 8 goals in 19 appearances across 4 outings at the World Cup. It may look like a small number compared to the figures he puts up usually. To be fair to the 7x Ballon d’Or winner, the World Cup is the biggest sporting stage in the world. If Messi isn’t the highest goal scorer at the World Cup for Argentina, who is?

Messi made his debut for his country back in 2006. Since then, he has managed to bag 91 goals in 165 games for the South American nation. Together with that, Messi has also assisted 52 times, proving that he is an elite playmaker even on the international stage.

It is none other than Gabriel Batistuta. He played in just three World Cups (1994, 1998, & 2002), and has managed to take the top spot with 10 goals. His best tournament came in the 1998 FIFA World Cup when hosts France emerged as the winners.

Gabriel managed to bag 5 goals in as many matches during the tournament. 4 years before that, he netted 4 times in 4 games, and made an assist as well. An interesting fact about Batistuta is that he is the only player to score a hat trick at two World Cups.

It may be surprising that Messi is not the top scorer for his country at the World Cup. He sits below Diego Maradona and Guillermo Stabile. Both of these former players have 8 goals each at the tournaments. Along with Lionel, Mario Kempes has scored 6 goals.

If Messi aims to become the top scorer at the World Cup, he would have to find the back of the net at least 5 times in this year’s tournament. He would not have another opportunity to do so since the PSG superstar announced that the FIFA World Cup 2022 will be his last. Can he break Gabriel Batistuta’s record this year?