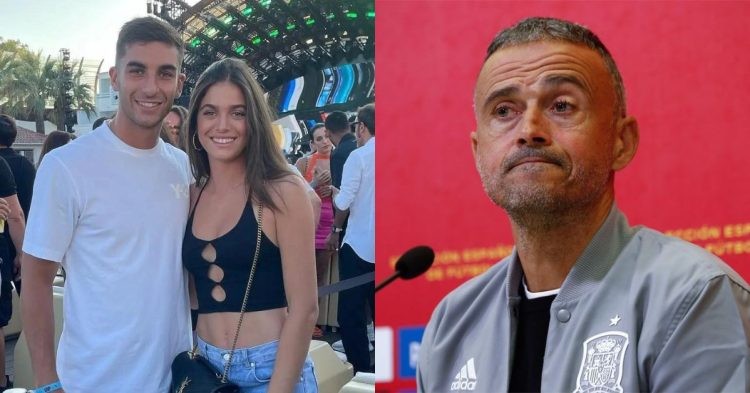 Ferran Torres has had a steep upward career trajectory since he departed from Valencia. He joined Manchester City for just $24 million, scoring nine goals in 28 appearances for the Premier League champions. Torres though quickly left for the club of his dreams, Barcelona, after impressing manager Xavi. He has scored six goals in 31 appearances for Barcelona and has received some criticism for his inconsistency.

For Spain, Torres has been very impressive. He has already made 33 appearances at the age of just 22, scoring 15 goals. Torres has already scored two goals in the World Cup and impressed against Germany last night. He is currently dating Luis Enrique’s daughter Sira Martinez.

What does Sira Martinez do for a living?

Sira Martinez is reportedly an equestrian and polo player, and also a member of the luxurious Royal Polo Club in Barcelona. The Spaniard was spotted supporting her father Luis Enrique, and her boyfriend, Torres in Qatar during Spain’s World Cup matches. She has 227,000 followers on Instagram, where she has posted about her job.

According to The Sun, she started dating Ferran Torres in 2021, when the Spanish national team player was at Manchester City. She was seen alongside Alvaro Morata and Marco Asensio’s girlfriends in Qatar. In a recent post, Martinez announced she had placed first in the 3* 1.50 LR class in equestrianism.

Who is Sira Martinez’s Father?

Luis Enrique felt underappreciated by Real Madrid fans, something that is not uncommon, and moved to Barcelona, where he eventually became captain. Enrique started his managerial career at Barcelona B, before going to Roma, Celta Vigo, and then back to Barcelona. He won 2 La Ligas, a Champions League, and a treble at Barcelona.

He became Spain’s coach in 2019 and has impressed many with his football style even at the international level. His team selection has come under scrutiny a few times, with people speculating he favors Barcelona players. Despite this, he has huge support in Spain, especially due to his performances in this World Cup.

Ferran Torres gets warned about getting Sira Pregnant

Luis Enrique has been active on the streaming platform Twitch, where he says he wants to interact with the fans. Torres and Martinez had gone public with their relationship, and Enrique was asked a few questions regarding this topic. He was asked how he would react if Torres scored a goal and celebrated with a baby gesture.

“I would replace him at that moment, put him on the stands, and he wouldn’t set foot on a football pitch again,” Enrique replied. Spain played out a thrilling 1-1 draw against Germany last night. They play Japan next and need to just avoid a negative result to qualify for the knockout stages. Torres has been one of the impressive performers in Spain’s forward line, along with Dani Olmo.