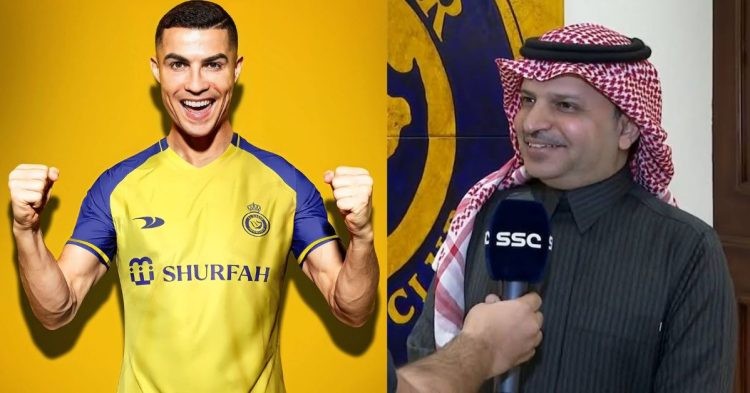 Cristiano Ronaldo is the biggest sports personality in the world. Expectedly so, he has created a lot of buzz following his most recent move to Saudi Arabian Club Al-Nassr. The soccer heritage is mostly dominated by European and American teams internationally and domestically. Ronaldo has put Al-Nassr on the map of world soccer and we will dive into more details about the club’s ownership and achievements.

Cristiano Ronaldo’s horrific first half of the season finally came to an end. His decision to bash Manchester United while still being contracted to the club ended in tears. The Portuguese obviously knew the repercussions of his explosive interview and ended up terminating the contract with mutual consent. His underwhelming World Cup campaign added another negative aspect to his move to a Champions League club.

The 37-year-old wanted to play in the Champions League to protect his all-time highest goalscoring record against a high-flying Lionel Messi. His unprofessional attitude, however, added to his significant drop in form and made those ambitions unrealistic. The likes of Chelsea and Bayern Munich stepped back from taking such a financial and philosophical risk for the aging forward.

Saudi Arabian club Al-Nassr showed the most interest in the Portuguese. They put an unbelievable deal on the table for the 5x Ballon d’Or winner. With no offers in hand, Cristiano signed with the Saudi Arabian Giants in a $500 million deal for two and a half seasons.

Al-Nassr has had all the attention of media and soccer fans following the historic signing of Cristiano Ronaldo. The 37-year-old is still the most commercial face in the entire sport and Al-Nassr took the opportunity to sign one of the greatest of the game. Since the transfer announcement of the star-man two days, ago the club’s Instagram page has achieved 7 million followers.

Al-Nassr is based in Saudi Arabia’s capital city, Riyadh. The club was established in 1955 by Zeid Bin Mutlag and became a professional club in 1960. Abdul Rahman bin Saud Al Saud was the first-ever president of the Riyadh-based club. The club is traditionally managed by Saudi Arabian Princes and sheiks. The former head of the Saudi Pro League Musalli Al-Muammar is the current president of Al-Nassr. He was elected by the board in 2017.

Al-Nassr is currently sitting at the top of the Saudi Pro League with 26 points in 11 games. Cristiano’s new club is the second most successful club in the league’s history with nine league titles. The Portuguese will join one of the strongest squads in the league. Former Arsenal goalie David Ospina is a reliable pair of hands under the goal. Ronaldo will partner Brazilian forward Anderson Talisca upfront.

According to a major set of soccer fans, this move will tarnish Cristiano Ronaldo’s legacy in the sport. On the other hand, a lot of people think that this historical move will open a new door for Asian soccer in the upcoming times.