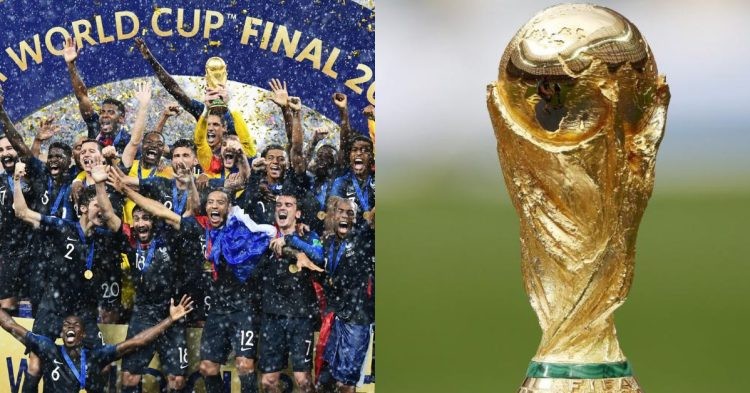 Who will win the FIFA World Cup 2022? (Credits: The New York Times and Sporting News)

The FIFA World Cup 2022 is reaching its final stages. Giants like Germany and Spain have been knocked out much earlier than expected. Spain’s coach Luis Enrique has been sacked and replaced already. Japan’s fairy tale run to the round of 16 saw them being welcomed as heroes in their country by their fans. Uruguay and Belgium’s exits were the other early shocks of the tournament.

France, Brazil, and England have cruised to the quarter-finals. Morocco have been the most formidable defense in the tournament, using it to knock Spain out of the World Cup. Argentina and Portugal looked in their round of 16 matches but suffered surprising losses in the group stages. Netherlands and Croatia have an outsider’s chance to mount a challenge for this World Cup.

France arrived in Qatar with a long injury list including big names like Paul Pogba, N’Golo Kante, and also Karim Benzema. But the depth in their squad’s quality has been visible this tournament. Aurelien Tchouameni, Adrien Rabiot, and Olivier Giroud have grabbed their opportunities with both hands. Kylian Mbappe and Antoine Griezmann are also on top of their games. Their defense has almost been impenetrable.

Lionel Messi feels that France and Brazil are the favourites for the World cup. pic.twitter.com/sQn0GdR2Jd

Brazil‘s depth in quality is also unquestionable. Attacking options like Richarlison, Neymar, Vinicius, Paqueta, Rodrygo, and Raphinha are a blessing for any manager. Casemiro is one of the best midfielders at the moment and has had a wonderful World Cup. Having two of the world’s most experienced center-backs in Thiago Silva and Marquinhos makes them even harder to beat.

Both teams have managers with an attacking style of football, suited to their player’s talents. While both have lost games this tournament while sporting what could be called their second team, they would not be worried about their chances of winning this World Cup. They remain the favorites and the team to beat and could potentially face each other in the finals. But France’s experience could just beat Brazil to the trophy.

Can Messi or Ronaldo finally win the World Cup?

Argentina had a shocking start to the World Cup, losing to Saudi Arabia. They have since come back wonderfully to reach the quarter-finals, where they take on a confident and formidable Netherlands. Messi and his fans would be desperate to finally win his last World Cup, seeing how close he came in 2014. Along with Portugal and England, they remain the team that could pose a threat to Brazil and France.

The dream of a World Cup final between Lionel Messi’s Argentina and Cristiano Ronaldo’s Portugal is still in the cards 👀 pic.twitter.com/Z40NxcSDMs

Portugal have had their share of controversy with Ronaldo. His fans would also be desperate to win Portugal’s first-ever World Cup. Starting Ronaldo in the group stage, Portugal won two and lost one against South Korea. Dropping Ronaldo against Switzerland saw them run riot and score six. Dropping Ronaldo to keep a younger and more energetic squad might just be the answer Fernando Santos is looking for.

If England manage to beat France, they would automatically become favorites for this World Cup. But having a defensive manager in Gareth Southgate poses a huge challenge to their squad which is as good, if not better than France’s squad. Morocco and Croatia would have to pull off more than one huge World Cup upset to win the tournament, which looks highly unlikely due to a lack of quality all over the pitch.