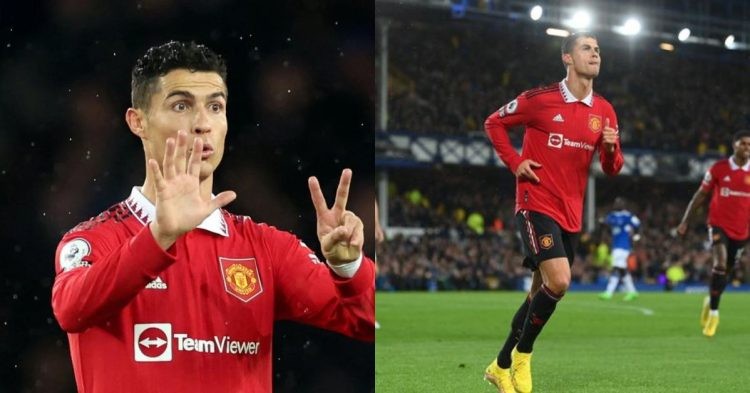 Piers Morgan‘s interview with Cristiano Ronaldo was bound to have ramifications. These have come in the form of Ronaldo and Manchester United mutually agreeing to terminate the former’s contract with the club. In his explosive interview, Ronaldo spoke on the terrible way the Glazers had run the club over the past 17 years.

He even explained how he felt Erik ten Hag had disrespected him ever since he joined the club in the summer. Ronaldo is now a free agent, meaning the club he eventually joins will have to only pay his wages. The Portuguese had revealed that not a huge number of clubs were interested in signing him. But as a free agent, the story could be different.

Where will Cristiano Ronaldo play next?

In his interview, Ronaldo said that clubs like Sporting Lisbon and Napoli could not afford him. He was earning around $600,000 per week at United. Only a very rich club can afford such enormous wages. Where Ronaldo could go next is up for debate.

There have been no concrete reports of any club’s interest in CR7 at the moment. Ronaldo terminated his contract with United last night.

Cristiano Ronaldo is to leave Manchester United by mutual agreement, with immediate effect.

The club thanks him for his immense contribution across two spells at Old Trafford.#MUFC

While he was at United, Ronaldo said he had received interest from a select few clubs. But the Portuguese had rejected these because he was happy at United. The story is different this time around and there could be a lot of talk about Ronaldo’s future club during the World Cup. With Benzema injured and having an unknown injury, some fans are fantasizing about a return to Real Madrid.

In another part of his interview, Ronaldo said he wanted to play until he is at least 40. This means Ronaldo will want to continue playing after the World Cup. There was not much interest in Ronaldo in the summer, mostly because Manchester United wanted around $20 million for him. But getting one of the greatest players to play the game on a free transfer could entice a few clubs.

I want to play two or three more years, maximum. I want to finish at 40, a good age. I don’t know the future. Sometimes you plan one thing for your life and as I said many times, life is dynamic and you never know what is going to happen,”

– Ronaldo on his retirement pic.twitter.com/T4XjNI6IVm