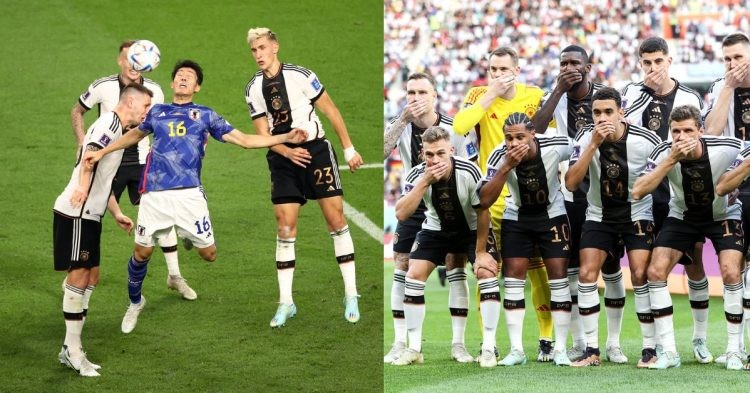 The FIFA World Cup 2022 has attracted many people’s eyes, but it has been having its fair share of drama as well. FIFA has banned any promotion and display of support for the LGBTQ+ community at this year’s World Cup. Many countries have come out and spoken against it, including Germany and England.

The main reason for FIFA’s stance on the matter would be the fact that Qatar’s government prohibits same-sex relationships. The country’s government has asked the rest of the world to respect its beliefs and wishes. In addition to that, FIFA’s president Gianni Infantino spoke out about questions surrounding FIFA’s say on players supporting the LGBTQ+ community, which he received plenty of backlash for from soccer fans as well.

However, it seems like Germany have gone against FIFA’s wishes. The federation announced that if any player wears the captain’s armband supporting the community, the match referee will award him a booking. Despite their resistance, the 4x World Cup winners have decided to go ahead with their move.

It wasn’t about making a political statement – human rights are non-negotiable. That should be taken for granted, but it still isn’t the case. That’s why this message is so important to us.

Denying us the armband is the same as denying us a voice. We stand by our position. pic.twitter.com/tiQKuE4XV7

The Die Mannschaft mentioned in their statement, “Denying us the armband is the same as denying us a voice. We stand by our position.”

The FIFA president has displayed that he doesn’t wish to see anyone go against the federation’s rules. However, Germany’s players decided to let the world know that they feel they have lost their voice and rights. Apart from their players, their minister Nancy Faeser had a role to play as well.

The minister wore the “OneLove” armband while watching the game against Japan today, as she was sitting next to Gianni Infantino himself. It seems like the European country is not messing about with its stance on this matter. Their captain, Manuel Neuer chose to wear an armband tonight, which looked similar. The linesman at the game made sure to check it was FIFA-approved before continuing with the game.

Manuel Neuer had his armband checked by officials to ensure it was FIFA-approved 👀 pic.twitter.com/Zv5KpRKVPQ

Germany just lost to Japan 2-1, in a disappointing performance. Since winning the World Cup in 2014, they haven’t been able to break down teams easily. Could history repeat itself and Germany crash out of the group stages?