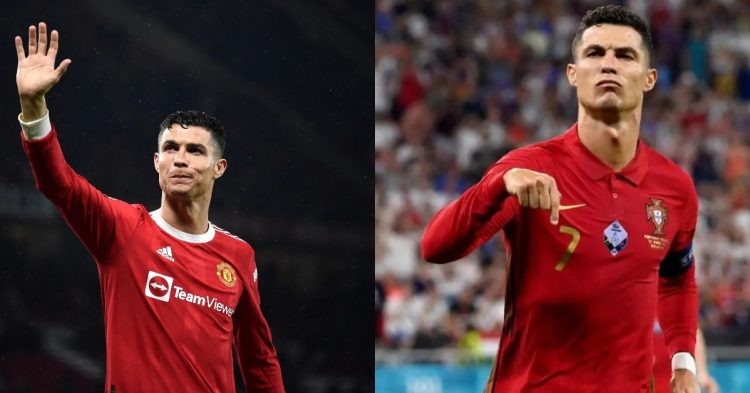 The termination of Cristiano Ronaldo’s contract with Manchester United is one of the few incidents that have taken place since his return to Manchester. He was seen hitting a phone out of a fan’s hand after United’s match against Everton in April. Cristiano Ronaldo begins his World Cup campaign against Ghana on Thursday before playing Uruguay and South Korea.

Ronaldo was fined and then cautioned by the Manchester Police as well. The FA in England has been known to give out unnecessary fines and suspensions over the years. Recently, Jurgen Klopp was given a touchline ban after protesting a decision in a tense match against Manchester City.

Following his contract termination, Ronaldo will not play for Manchester United anymore. He is now a free agent. His current focus is solely on the World Cup with Portugal, with many saying this could well be his last. The Portuguese striker was handed a two-match ban and a $61,000 fine by the FA. This means that if he joins an English club, he will not be able to play the first two matches for them.

Cristiano Ronaldo is banned for two matches and fined £50,000 for hitting a mobile phone out of a teenagers hand at Everton.

The ban will be transferred when Ronaldo joins a new club in any country but does not apply in the ongoing World Cup in Qatar.#CR7 #cristianoronaldo pic.twitter.com/HFgMntFHay

Ronaldo will not miss any matches for Portugal in the World Cup. The FA is the football governing association in England and cannot ban Ronaldo anywhere outside of English competitions. The World Cup is organized by FIFA, and the Champions League by UEFA, which means Ronaldo cannot be banned by the FA in those competitions.

Manchester United announced Ronaldo’s contract termination earlier this week. This means Ronaldo is now a free agent and no club would have to pay any money other than his wages to secure the Portuguese’s services. There have been reports from MARCA saying that Newcastle, Chelsea, and a Saudi Arabian club have already shown interest in signing the Portuguese.

The Saudi club had already made an offer to Cristiano in the summer. On the other hand, the Newcastle and Chelsea interest has been said to be false by Fabrizio Romano. Following Ronaldo’s departure, another huge announcement was made by Manchester United’s board. They are now looking to sell Manchester United. This is a decision reporters have indicated could have been made following the Super League’s collapse.