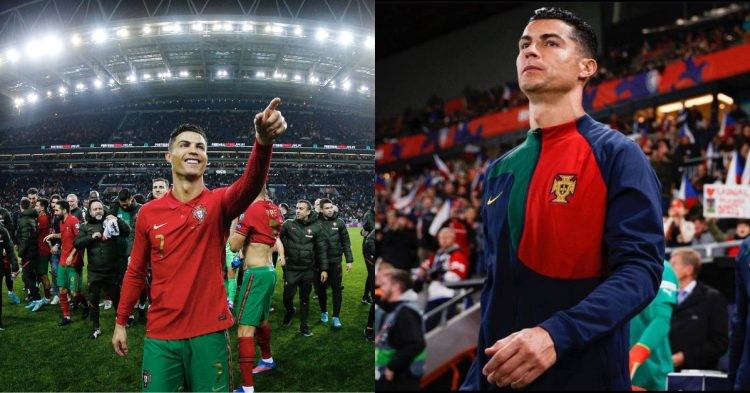 The sport of soccer has never witnessed a player like Cristiano Ronaldo. The Manchester United superstar has stayed at the top of the beautiful game for two decades. In addition to the numerous honorable accolades, Ronaldo has also built himself a platform where the entire world can see him. The 5x Ballon d’Or winner is one of the most influential individuals on the planet, thanks to the empire he has built.

Ronaldo caused the internet to catch fire, with the help of Lionel Messi recently. The two GOATs shocked the world with an iconic image for Louis Vuitton’s latest advertisement campaign. If that wasn’t enough, the Portuguese star striker has done it again. He has become the first person in the world to cross 500 million followers on Instagram today.

How much money does Cristiano Ronaldo “The Most-Followed Person on Instagram” make from social media?

In third place is Kylie Jenner, who has been in the top 5 of the list for the last few years, together with Selena Gomez and Dwayne The Rock Johnson. Another soccer player who is in the top 25 would be Brazilian superstar Neymar Jr. He boasts 182 million followers to his name. It might be far off from Ronaldo’s 500 million, mainly because of how long the United star has been in the game.

Ronaldo is one of the most successful businessmen in the soccer world. He has made Instagram a platform that helps him earn tons of money. According to various reports, Ronaldo makes about a staggering $2 million per social media post. This figure is second to none and explains the impact Cristiano has on the digitally-dominated era we are living in.

Did Lionel Messi help Ronaldo to get to 500 Million followers?

As mentioned earlier, Messi and Ronaldo lit the internet on fire a couple of days ago. They featured in an ad for Louis Vuitton. The image brought plenty of attention to their respective social media accounts. The world reacted to it as well, including the time when fans spotted a sad detail in the image. However, the image is now the second-most liked post on Instagram.

The photograph by Annie Leibovitz that Ronaldo posted now has 35.6 million likes. The only post that beats that is the photo of the egg that set the world record with 55.9 million likes and counting. Many may think this is an exaggeration, but did Messi help Ronaldo get to 500 million followers?

On November 19, Ronaldo had gained more than 1 million followers, in just a day. That was when he posted the image with Lionel Messi. This shows that the image of the two GOATs did bring more traction and attention to Ronaldo’s Instagram page. After crossing 500 million followers now, it is highly unlikely that anyone is reaching close to that number.