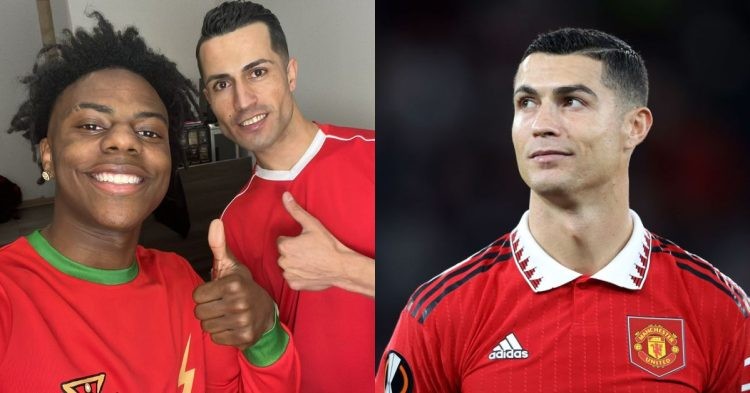 YouTuber IShowSpeed has been on the rise in the world in the last few months. The American mainly focuses on streaming on various platforms, mainly YouTube. Speed first gained popularity when he announced himself as a Cristiano Ronaldo fan, only that he could not pronounce the Portuguese star’s name properly.

In addition to that, he caught the attention of the soccer fans with the way he did Ronaldo’s iconic “Siuu” celebration. Recently, he has become popular after “meeting” Ronaldo at his home.

A few days ago, IShowSpeed welcomed a Cristiano Ronaldo lookalike and sat with him on stream. However, what caught the attention of his fans was when he promoted a cryptocurrency. It was called “Paradox Crypto”. The YouTuber Coffeezilla explains in his video about the entire interaction between the Ronaldo lookalike.

He says, “In what started as live stream to meet Cristiano Ronaldo and giveaway a PS5, quickly turned into a nightmare, after fans realized the meetup was fake and was being used to promote a scam. They used a fake Cristiano Ronaldo who couldn’t play soccer and was wearing a ‘Buy Paradox Crypto Coin’ t-shirt.'”

Ishowspeed has apologized following the recent promoting of a crypto coin on stream. “I would never scam you guys” pic.twitter.com/6sz0Pf9wpP

This has caused plenty of backlash for Speed, whose fans have swarmed his social media handles calling him a “scammer.” The young YouTuber has also responded to these allegations and said he made a mistake.

Speed has been trying to meet the real Cristiano Ronaldo for a while now. Before the reports of Manchester United terminating his contract emerged, Speed went over to Old Trafford, Manchester in the United Kingdom. He was in the hopes of meeting his idol. However, to his dismay, Ronaldo was left out of the team sheet on both occasions.

you have to feel for ishowspeed…

It seems like Speed still hasn’t fulfilled his wish of meeting the Manchester United star. However, as reports suggest, the next time he tries to meet the Portuguese striker, he wouldn’t have to travel to Manchester. It is highly likely that Ronaldo will leave the 13x Premier League champions this season amid his explosive interview with Piers Morgan.