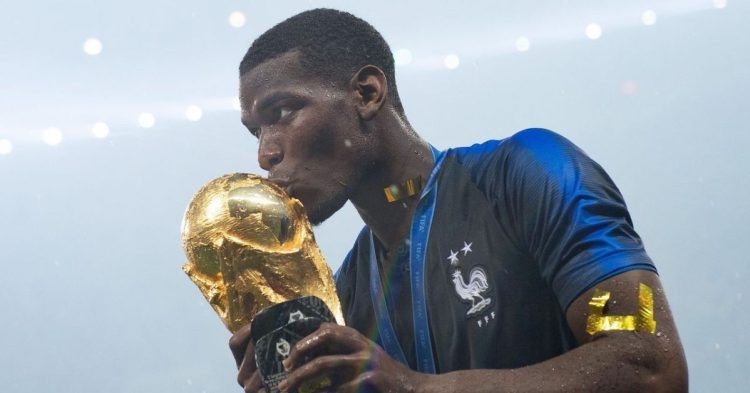 Pogba completed his return to Turin for free this summer in the hopes of starting over and putting his Manchester United days behind him but injuries haunted the 29-year-old as he tore his meniscus in his right knee a few weeks into training.

He played only 45 minutes for Massimiliano Allegri’s side in a pre-season friendly against Mexican side Chivas in Los Angeles on July 23 and got injured the next day in training.

Juventus wanted Pogba to go under surgery in Los Angeles which could have seen him return to training in October and have 3-4 weeks of game time before the World Cup but he decided against it and opted for a second opinion.

In the quest of being as match-fit as possible for The World Cup, Pogba decided to take a “conservative” approach towards his recovery under the advisement of Dr. Bertrand Sonnery-Cottet who similarly operated on Zlatan Ibrahimovic in May.

Road to recovery for Pogba

This approach saw him rest and rehabilitate through the swimming pool and joint strengthening exercises after the meniscus healed but as his rehabilitation was progressing well, he experienced pain in his right knee again.

Paul Pogba will miss the Qatar 2022 World Cup due to new injury, confirmed by his agent Rafaela Pimenta. 🚨🇫🇷 #Pogba

Pogba has not played one single official game with Juventus since he signed the contract last July. pic.twitter.com/nn13g6xGIX

Only after his second individual session working outside of Juventus, he decided to undergo surgery in the hopes of rehabilitation and recovery going smoothly and still having an outside chance of making the World Cup.

But not everything goes as planned as Pogba suffered a new muscle injury during his knee surgery rehabilitation ruling him out of the World Cup completely, as confirmed by his agent Rafael Pimenta.

Where do Juventus and France Stand With Pogba Injured

“Paul Pogba, in light of the recent radiological examinations performed at J|Medical and the consultation carried out in Pittsburgh by Prof. Volker Musahl on the evaluation of his knee, needs to continue his rehabilitation program”

After losing N’Golo Kante to injuries, Deschamps faces the question of who to pick as November 9th edges closer

With key midfield players like N’Golo Kante and Paul Pogba injured, Didier Deschamps is definitely feeling the pressure as the France head coach is going to announce his squad on November 9th.