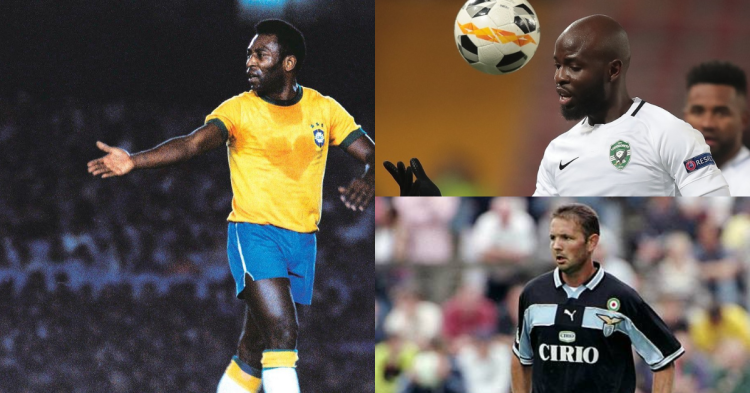 2022 will be remembered as a World Cup year with Lionel Messi’s Argentina winning the World Cup for the first time since 1986.  Despite a joyous year for soccer fans, 2022 ended on a tragic note as legendary Brazilian soccer player Pele died after suffering from cancer.

Pele is the only player to win the World Cup on 3 different occasions. Pele was one of the first players to have global influence. Here are some other players who died in 2022 alongside Pele.

Sinia Mihajlović was a professional soccer player and manager from Serbia. He was a defender or midfielder during his football career. Mihajlović won the European Cup with Red Star Belgrade in 1991.

He spent the rest of his career in the Serie A, appearing in 353 games for Roma, Sampdoria, Lazio, and Inter Milan and winning league titles with the latter two clubs.

Mihajlović retired from playing in 2006 to become Inter’s assistant manager. Sinisa Mihajlovic passed away at the age of 53 after a protracted fight with leukemia.

David Johnson was a forward who managed Liverpool. He also played professionally for the club in the 1970s and 1980s. He also represented England at the international level, playing for Ipswich Town, Everton, and other clubs.

Johnson spent six years at Anfield, winning four league titles and three European Cups. In 1976, he paid a club record £200,000, which is roughly $240,000 (not adjusted for inflation). Despite beginning his career at Everton, he scored 55 goals in 148 league appearances for the Reds, giving him a total of 78 goals in 213 games.

Johnson, 71, passed away on November 22, 2022. He fought a long battle against throat cancer, which contributed to his death. To put it into context, it is a type of cancer that manifests itself in the larynx or throat.

Johnson saw a noticeable rise in malignant cells in all regions. He was being treated for a potentially fatal condition. This week, he regretfully fell short. Age-related concerns also played a role in his untimely death.

Uwe Seeler, one of Germany’s greatest soccer players and arguably the world’s best striker of his era, died on July 21 at his home in Norderstedt, near Hamburg.

He captained West Germany in their dramatic and contentious 1966 World Cup final defeat to England. His long-time club Hamburger SV (SportVerein, or Sporting Club) reported his death, citing his family but not providing a cause.

However, he has been in poor health in recent years, following a vehicle accident in 2010 and a shattered hip in 2020. He was also equipped with a pacemaker. Seeler died at the age of 85.

Jody Lukoki was a Congolese-Dutch professional soccer player who played as a winger for numerous teams and the Democratic Republic of the Congo national team.

He was a young international for the Netherlands, earning caps at the U19, U20, and U21 levels. He received his first call-up for DR Congo in 2015 and has since represented the country three times.

Lukoki died of a cardiac arrest at the age of 29 on May 9, 2022, in a hospital in Almere, after an altercation with his family had turned violent.

He had been convicted of domestic abuse months before, which resulted in the termination of his contract with Twente.

Edson Arantes do Nascimento, better known by the name Pelé, was a Brazilian soccer player who played as a forward.

He was one of the most successful and popular sports stars of the twentieth century, and was regarded as one of the greatest players of all time and dubbed “the greatest” by FIFA.

He passed away on Thursday in Sao Paulo. He was 82. Joe Fraga, his manager, announced his passing. According to the Hospital Israelita Albert Einstein in So Paulo, the cause was multiple organ failure caused by the growth of colon cancer.

Pelé had recently undergone cancer treatment, and he was admitted to the hospital a few weeks ago for treatment of a variety of health conditions, including a lung infection.