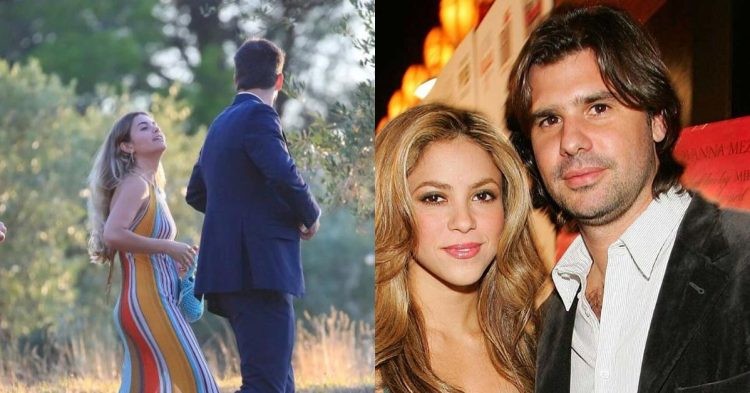 Gerard Pique announced a shock retirement from football last week. A retirement coming from a player on the way down from his high-performance levels is understandable at the age of 35. But there are many other reasons Pique could have retired, his personal life, and split with Shakira being one of the main ones.

In a new development, Jordi Baste, a journalist friend of Pique’s, has revealed new information on the whole Pique-Shakira debacle. The Spanish journalist has said the whole story has not yet been revealed. He said Pique has been unfairly painted as a villain in the whole story so far.

Who is Jordi Baste?

Jordi Baste is a Spanish journalist, and radio and TV presenter. He is currently the director and presenter of the program El mon a RAC 1. He spent almost 22 years as a radio presenter in Spain at Catalunya Radio, before leaving to join RAC 1 in 2004. Since then he has become the most listened-to radio program in Catalunya radio history with 270,000 listeners.

Per a MARCA report, Jordi Baste has said that no verdict should be given about the Pique-Shakira split until all the details have been revealed.

He gave statements to El Nacionat.cat, saying, “Gerard Pique has not talked about his separation from Shakira. In three months, he has become the bad guy in the movie. Until we know all the details, we shouldn’t say anything. Because in life everything has nuances. And some of them will surprise you.”

He concluded by saying, “Maybe it’s just the opposite of how it has been explained, especially when it refers to his personal life.” What exactly he meant by these statements, will in all likelihood be revealed in the next few days. MARCA has speculated he could mean that Shakira has either cheated on Pique or is on her way to Miami, away from Barcelona.

Is Shakira moving to Miami?

Shakira has an ongoing tax fraud case in Spain. In addition to this, the Colombian could face a court trial for the custody of her children with Pique. Shakira wants to leave Spain for Miami to avoid the tax fraud trial. Pique, on the other hand, does not want his children to leave their schooling in Barcelona.

Recent reports suggest that Pique and Shakira have reached an agreement for the custody of their children. Their children will stay in Barcelona to complete their schooling. This most likely means that Shakira will also not leave Spain anytime soon.