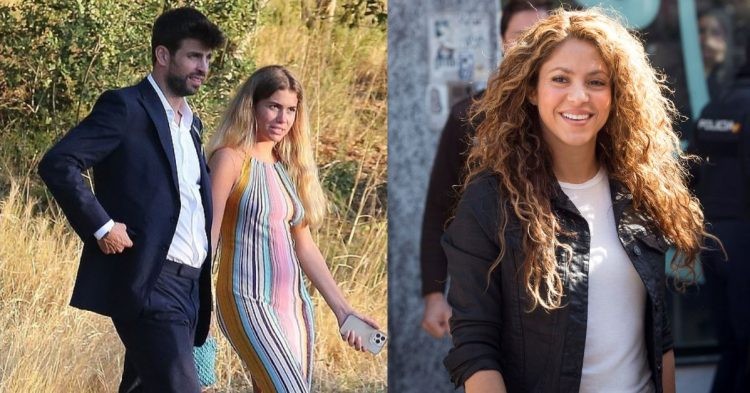 Shakira and Gerard Pique announced their split a few months ago. Since then news about all aspects of their relationship has been publicised. Their news of custody of their children broke earlier this week, with Shakira set to get custody of Sasha and Milan.

Shakira’s father was in hospital as well. The 91-year-old was admitted due to poor health, but further reasons were not given. Both Pique and Shakira reportedly visited William Mebarak at the hospital in Barcelona. Recent MARCA reports indicate the Colombian singer’s father has been discharged from the hospital.

Shakira all smiles as her father gets released from the hospital

This week has certainly been positive for Shakira. She now has custody of her children, with whom she will leave for Miami early next year. This could also mean that Shakira avoids her tax fraud case in Spain. MARCA also reported that Shakira’s father, William Mebarak (91) has been discharged from the hospital.

Sasha Pique Mebarak, age seven, and Milan Pique Mebarak, age nine will move with their mother to Miami. This comes after reports about a 12-hour meeting between Pique, Shakira, and their lawyers ended with a win for Shakira. Reports indicate that Shakira is to leave for Miami in January of 2023.

A local Spanish paper wrote, “He will be able to cross the Atlantic Ocean to see them whenever he wants. The costs will be borne by both of them. The children will spend Christmas in Barcelona but as soon as 2023 begins, the footballer will say goodbye and assume a painful sacrifice so that the youngsters don’t experience an even more traumatic separation between their parents,” the report concluded.

With this news, it seems matters are settling down for both parties. Shakira is now set to leave for Florida with her children. Her father is out of the hospital and returned home. Pique has now retired from Barcelona, and will not face the criticism that comes with being a professional footballer.