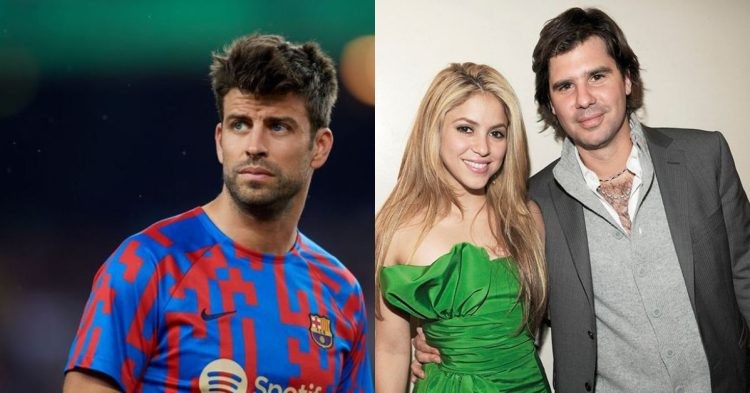 Following his breakup with Shakira, Gerard Pique has already started dating. The Barcelona defender is reportedly dating 23-year-old PR student Clara Chia Marti. In response to this, according to MARCA, the Waka Waka singer met her ex-boyfriend of 11 years.

RCN Radio carried a report from the entertainment program “Gossip No Like”.They claim the singer’s ex-partner Antonio de la Rúa approached the 45-year-old amidst her break-up with Pique. pic.twitter.com/wJM758kkEj

Shakira and Antonio de la Rua reportedly met in Miami. The Argentine was also her manager until the two broke up in 2011. La Rua was reportedly “willing to help” the distressed singer with “everything she needs”. Shakira has also dedicated a song, Día de Enero, to the Argentine lawyer.

Why did Shakira Meet Her Ex Boyfriend After her Breakup with Gerard Pique?

Following her breakup with Pique, Shakira was reached out to by de la Rua. The Argentine lawyer said he would be willing to help the Colombian singer with anything she needs. The two agreed and met up in Miami. The news was broken by Karina Lavícoli, from an Argentine TV program.

She said, “I am in a position to say that Shakira and Antonio de la Rúa have resumed contact through phone calls and meetings that are planned for later because she is going through a very difficult time.”

The two had dated for 11 years from 2000 and 2011. Certain outlets suggest this was the Colombian’s response to Pique’s reported relationship, which was rumored to have started while the two were still together.

Antonio de la Rua is an Argentine lawyer and son of the former president of Argentina, Fernando de la Rua. He was one of the advisors of the president and even headed his presidential campaign. The Argentine was in a long 11-year relationship with Shakira from 2000 before she met Pique.

The singer had even dedicated a song, Día de Enero, to de la Rua. The relationship’s ending though was bitter. Although Shakira released a statement saying, “We view this period of separation as temporary and as a time of individual growth as we continue to be partners in our business and professional lives.” Despite this, de la Rua sued the Colombian for $250 million but an LA-based court dismissed the charge in 2013.