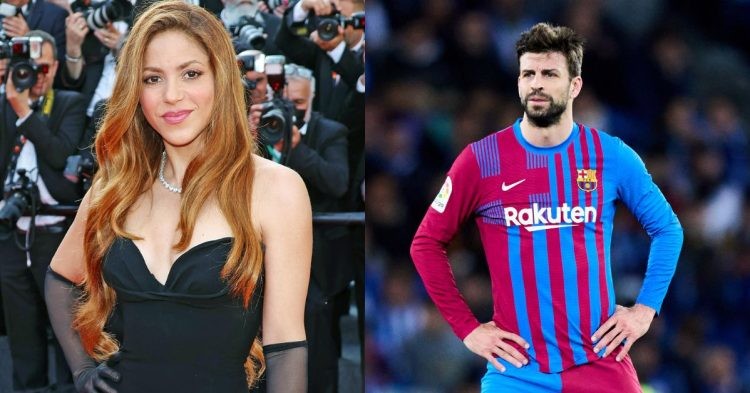 Gerard Pique and Shakira announced the end of their 11-year-long relationship on June 4, 2022, after the Barcelona star’s infidelities with Clara Chia Marti were revealed earlier this year. The Waka-Waka singer has been under scrutiny for the better part of 2022 due to recent drama in her personal life.

Ever since her split from the Catalan defender, she has been charged with Tax Fraud and is due to appear in court for trial. Shakira has broken her silence about it all and has called her break-up with Pique to be “incredibly difficult.”

In her October 2022 interview for the Elle digital cover story, Shakira said “It’s hard to talk about it, especially because I’m still going through it, and because I’m in the public eye and because our separation is not like a regular separation,” she said.

She cited career ambitions to be the real cause of separation from Gerard Pique. “One of the two had to make that effort and that sacrifice. And I did it. I put my career in second gear, and I came to Spain to support him so he could play [soccer] and win titles. And it was a sacrifice of love,”

“And so it’s been tough not only for me but also for my kids,” Shakira added, referencing her and Piqué’s sons, Milan, 9, and Sasha, 7.

Shakira recently took Milan and Sasha to a Halloween party in the city of Barcelona and entered the party by skipping the long queue other children had formed to enter.

This wasn’t well received by others and they were left angry about the situation.

The emphatic return of Shakira to Music

While her personal life leads to only headlines Shakira’s professional career has taken a turn for the better. Shakira released her first song since her separation from Gerard Pique.
The Spanish singer’s new single Monotonia is the biggest Spanish single of 2022, the biggest solo female debut on YouTube, and the biggest debut of Shakira’s career.

You and only you–and of course ozu–have made this debut spectacular!!! 😍😍😍😍😍 @ozuna pic.twitter.com/d1CfskdDkE

The Colombian singer tweeted appreciating her fans after the huge debut of her new song, “Only you guys, your magic has made this a spectacular debut!” Shakira added.

After the release of the music video, fans started finding instances in which Shakira might have made references to her ex-partner there are several hints that can be linked to Gerard Pique – “It wasn’t your fault, it wasn’t my fault, it was Monotony’s fault”.

The pair are locked in a public battle to see where their children will live. In Miami with Shakira or in Barcelona with Pique.