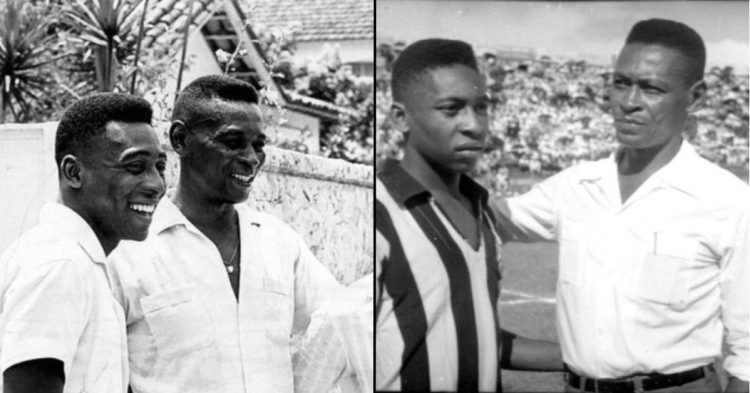 If there was a player who would be an undisputed legend and icon, it wouldn’t be anyone else other than Pele. The former Brazilian striker has managed to win millions of hearts of fans from all over the world. As Manchester City star Erling Haaland mentioned, everything we see on the soccer field right now, Pele laid the groundwork for that.

Pele’s family have come under the spotlight after his death in 2022. His mother, Celeste Arantes, seems to be well and alive and is currently over 100 years old. Pele’s father, however, passed away in 1996 unfortunately.

Which club did Pelé’s father Dondinho play for?

João Ramos do Nascimento, also known as Dondinho, was a soccer player in Bauru. During his playing career, he represented various clubs, including the likes of Bauru and Fluminense. Some sources claim that he had the opportunity to play for Atletico Mineiro as well. There aren’t many details and statistics to show how good of a player he was, apart from the revelations made by his son, Pele.

In his book ‘Pele: The Autobiography’,  O Rei disclosed that his father was a great player, one that held a record that no one else has managed to achieve until now. Pele wrote, “It was said that Dondinho once headed five goals in the same match. It happened when I was too young to remember.”

“Later in my career, when I reached a thousand goals, some journalists started to research to see if this claim was true. And it was, they reported that the only goal-scoring record that didn’t belong to Pele belonged to his own father!” he added.

The soccer world is quite informed of how great Pele was at heading. Despite standing at just 5 foot 8 in tall, The King managed to find the back of the net with his head on many occasions. Perhaps he got it from his father! Dondinho, is the only player to record 5 headed goals in one game.

He also predicted that Pele would go on to become a great soccer player, one that did not go down too well with his wife. Dondinho would surely have been proud to see his son win the World Cup three times for his country. To this day, Pele holds the record for the most World Cups won. Winning such a prestigious trophy for their country is no ordinary feat, and Pele managed to do it in front of his mentor and trainer.

When Pele was just a teenager, Dondinho trained him and taught him the tricks of the trade. It looks like he knew all there was for Pele to learn, mainly because of how he performed eventually. Dondinho would have had a bigger impact on the sport in the current era, the technology and the love fans have would have helped him reach a great height. However, he has helped to bring arguably the best talent in soccer to the light, his son.