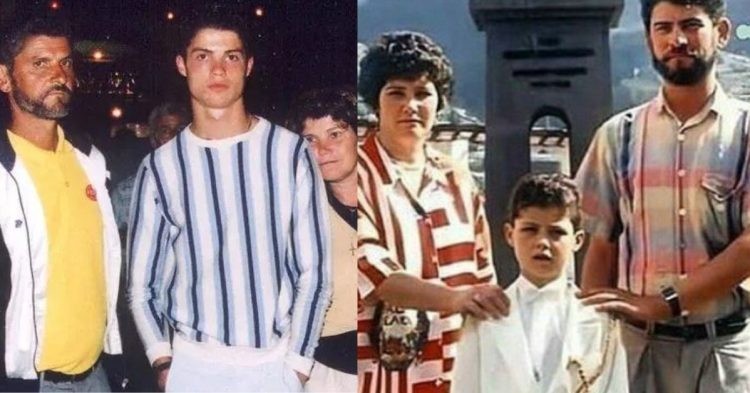 Cristiano Ronaldo has been performing at the top level for several years in continuation. His beginnings, however, were more than humble. He was born in Madeira in Portugal in 1985. He is the fourth child of Maria Dolores dos Santos Aveiro and Jose Dinis Aveiro.

While his mother was a cook, his father was a gardener and equipment manager of a local club.

Ronaldo teared up in an interview with Piers Morgan where the journalist showed him pictures of his father. While opening up about his father and the relationship he shared with him, the 37-year-old let his emotions get the better of him.

The five-time Ballon d’Or winner revealed that he was not that close to his father and they didn’t share the best of father-son relationships as they hardly ever talked or had a conversation.

“He was a drunk person. I never really spoke to him, like a normal conversation. It was hard.” This is what Ronaldo had to say about his relationship with his father.

Dinis was reportedly a drunk and struggled with alcoholism which ultimately led to his demise in 2005 as he was diagnosed with liver failure.

Although Ronaldo has often expressed his regret about his father not getting to see what his son accomplished in life, Ronaldo has often spoken about another man who was “like the father of football” for him. He said this for former Manchester United manager, Sir Alex Ferguson, one of the greatest soccer managers of all time.

Sir Alex was the one whom Ronaldo went to for a few days off when his father was hospitalized in London. Sir Alex let Ronaldo go even though he needed him for an important upcoming fixture.

Ronaldo’s mother was a cook when she was growing up and after her husband passed away, she had to take up multiple jobs to provide for her four children.

Maria Dolores has also revealed the difficult nature of her relationship with her husband. She shed some light on the issues that the family had to face because of Dinis’s alcoholism.

She also went so far as to say that her husband never made life difficult for her children. However, she was the one who had to bear the brunt of victimization at the hands of her husband.

“Although he never mistreated his children, I became his victim.”, she revealed.

Ronaldo’s father died of liver failure due to alcoholism

Ronaldo’s father, Jose Dinis Aveiro, passed away at the age of 52 after being diagnosed with liver failure.

‘He doesn’t see me receive awards.’

In an emotional interview, @Cristiano breaks down in tears over the loss of his late father and the fact that he never got to witness his son’s success.

Ronaldo regrets that his father was not in attendance every time he went up to a stage to receive an award. His father never got to see him become one of the greatest ever to kick a soccer ball.