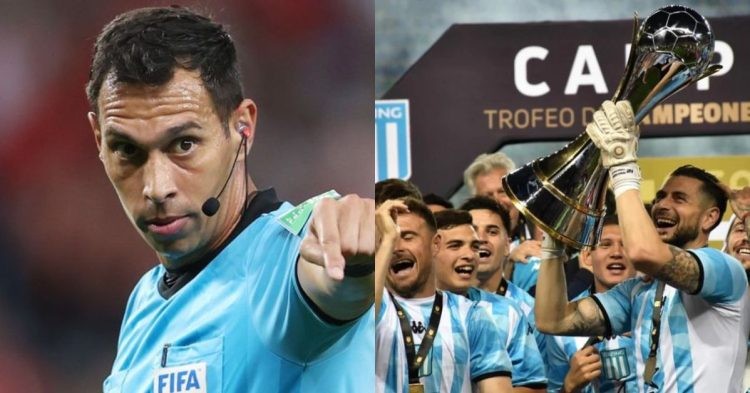 Argentine players have been known to be very passionate about the teams they play for. Their stadiums are often the loudest and most intimidating in the world. In the Trofeo de Campeones finals, referee Facundo Tello dished out 10 red cards to the players.

In a heated end to things in the meeting between Boca Juniors and Racing Club, 10 red card was produced from the 90th minute and extra time

Seven of these red cards were given to Boca players, and the rest were given to Racing. It all started when Racing Club midfielder Carlos Alcaraz started a physical altercation after celebrating a winning goal in front of the Boca Juniors fans.

Who won the Boca Juniors vs Racing Club match in the Trofeo de Campeones finals?

Boca Juniors opened the scoring in the 19th minute with Norberto Briasco. Racing Club equalized within five minutes through Matias Rojas. The match was level throughout the first 90 minutes. Racing Club then got the winner in the second half of extra time. Carlos Alcaraz scored in the 118th minute to give Racing Club a 2-1 win.

Before the goal, referee Facundo Tello had already sent off three players. Carlos Alcaraz’s celebration then led to seven more red cards being issued by the referee. Facundo Tello was announced as a part of the team of referees that would officiate the Qatar World Cup on 19th May 2022.

What is the most number of red cards given in a single match?

According to ‘The 18’ the maximum number of red cards issued in a game of football was in the fifth division of Argentine football. In 2011, in a match between Claypole and Victoriano Arenas, two players had already been sent off during halftime. The second half saw many altercations and violence that saw even fans getting involved.

The referee ended up sending off 36 people in the match. All 22 players were sent off and 14 from the two teams’ benches were also shown red. The referee was interviewed and very calmly explained his reasons to send off the players.

In a FIFA tournament, the maximum number of red cards given was four, together with 16 yellow cards. Afterward, the match between Portugal and Netherlands earned a nickname, The Battle of Nuremberg. Russian referee Valentin Ivanov was in charge of the match.