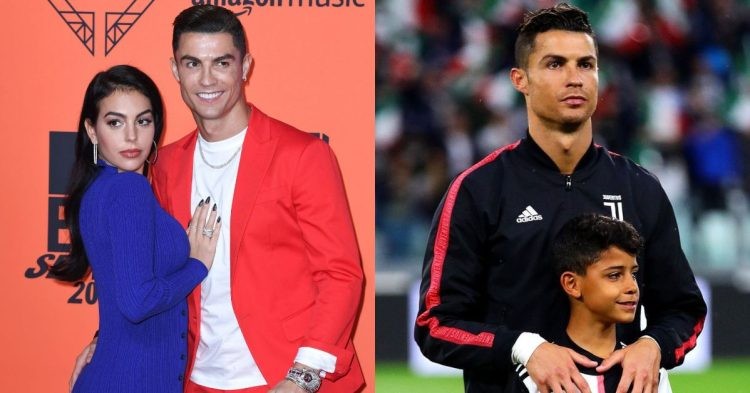 According to reports in 2009, the then Manchester United Star had gone to a restaurant in New York where he had a one-night stand with one of the waitresses. The news of her being pregnant first reached the Portuguese stars Agent Jorge Mendes, who broke the news to Ronaldo, who later revealed the situation to his family and garnered their support.

DNA tests and a few formalities later, Ronaldo was convinced he was the father and decided to offer the mother a deal where she would receive an undisclosed fee (rumored to be over $10 million) in return, Ronaldo will get full custody of the child and the mother won’t be allowed to reveal her identity or contact the child in future.

On an episode of “Jonathan Ross” the talk show, Ronaldo said he won’t reveal the mother’s identity to his son just because people want him to, he will wait till his son is of appropriate age.

When was Cristiano Ronaldo Jr. born?

Born June 17, 2010, in San Diego, California, Cristiano Ronaldo Jr, also known as “Cristianinho,” which means “Little Cristiano” as called by his family members, is the spitting image of his father not only in looks but also in their love for the sport of soccer. Being a 5 time Ballon d’Or winner’s son casts doubts on your future as everyone wants to know if Cristiano Ronaldo Jr will follow in his father’s footsteps or not.

Cristiano Ronaldo’s other children with Georgina

Cristiano Ronaldo Jr is Ronaldo’s first child, the Manchester United forward has 4 more children. After Portugal lost to Chile in the Confederations Cup semi-final in a Penalty shootout, Ronaldo revealed he’s become a father again, welcoming twins Eva and Matteo into the world via a surrogate mother in the United States.

A month later Ronaldo revealed that he and his girlfriend Georgina Rodriguez were expecting their first baby together after the couple started dating in 2017.

She gave birth to a daughter named Alana Martina in November 2017 and they were expected to become parents again this year with Georgina pregnant with twins.

She gave birth to twins in April of 2022 but sadly lost one of the babies right after she gave birth. Ronaldo took to Instagram to inform people about the tragedy and cited the birth of their daughter to be the reason for their strength to survive such a moment.

What is Georgina Rodriguez doing in 2022?

After the breakup with Irina Shayk, Ronaldo’s name was linked with many women but Georgina Rodriguez, a Spanish-Argentine Model, and dancer are revealed to be the Portuguese international’s partner. With a formidable social media following of over 30 million followers on Instagram, you could call her an internet “influencer”.

Ronaldo met Georgina in 2016 in a Gucci store where the latter worked as a shop assistant and helped Ronaldo with his shopping needs, the two met again, this time at a Dolce and Gabbana event where the pair got time to sit and chat and get to know about one another.

The model and dancer filmed a documentary with Netflix where she showed an in-depth portrait of her daily life, called “Soy Georgina.” Nowadays, Georgina is sharpening her mixed martial arts skills by training with Lincoln Strong to keep herself in peak physical shape ahead of joining Cristiano Ronaldo in Qatar before the World Cup starts.

Georgina has also been selected as the star of the Genny Fall 2022 campaign, becoming the first celebrity in the history of Genny to be chosen by the brand’s creative director, Sara Cavazza Facchini.

Ronaldo has revealed that it is both his mother’s and his dream to see Georgina walk down the aisle and the two get married but these plans seem to be at a halt mode as the couple is enjoying their current standings.