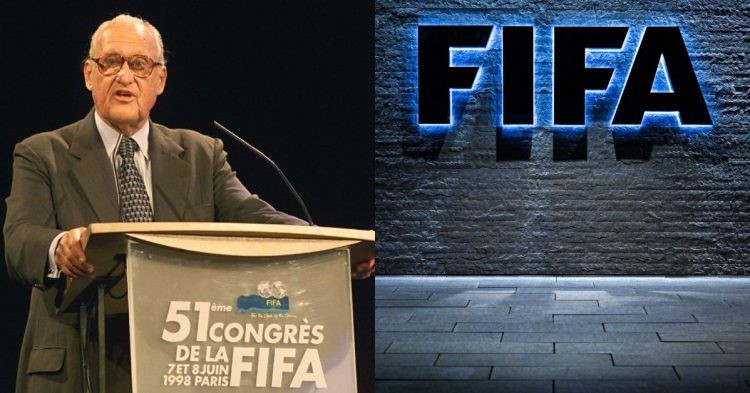 FIFA is the governing body of the sport we all love. The federation controls the beautiful game as we see it. One major change that came to the entity was when Joao Havelange became the president in 1974. There have been many rumors about how he became president that year.

Before we analyze how the elections took place, the candidate who stood opposite Havelange was Stanley Rous. For context, he used to be a referee and was the president of FIFA from 1961 to 1974. There have been recent developments that have emerged, to the extent that Joao went, to beat Stanley.

How did Joao Havelange beat Stanley Rous in the 1974 FIFA Presidential Elections?

Netflix has released a new documentary, named “FIFA Uncovered“. The series dives deep into the governing body of the soccer world, FIFA. It has shown us that there is a whole new world that we as soccer fans have not seen in decades. In the first episode of the series, it was mentioned that Joao Havelange was up against Stanley Rous in the 1974 FIFA Presidential Elections.

And the interesting fact was how Joao emerged as the winner in that election. According to Ernesto Rodrigues, who is the biographer of Joao Havelange, the Brazilian lawyer had reportedly given out “brown envelopes” to the delegates at a hotel located in Frankfurt, Germany. He claims in the series, “Of course it happened. It’s certain it happened.”

Stanley gathered 52 votes in the presidential elections. On the other, Joao emerged as the winner with 68 votes. Ernesto claimed that Havelange’s arrival at FIFA marked the arrival of capitalism at the federation. During his speech, Joao mentioned that he had his eyes set on his ambitions after becoming the president. But there was one huge problem, FIFA had no source of revenue at the time.

Joao completed his Bachelor’s of Arts degree in Law at the Law School of the Fluminese Federal University. It was one of the biggest and most reputed institutions for Law at the time. Before entering the soccer world, he was a professional swimmer. An interesting fact is that he represented his country, Brazil, in the 1936 Summer Olympics.

He had a shot at FIFA’s presidency after having spells as the Vice-President and President at the Brazilian Sports Confederation. As mentioned before, FIFA had no incoming revenue for Joao to develop the game, as he promised to the committee during the election campaigns. To tackle this issue, he approached Horst Dassler, who was the owner of the company at the time.

According to Netflix’s new series, the pair got closer and discussed how to increase the revenue for FIFA. One of the ways they did so was through brand sponsorships. Dassler agreed to sponsor the World Cups that FIFA conducted in return for the marketing rights. In addition to that, FIFA also signed contracts with Coca-Cola. These two major brands were the face of the World Cups in the early stages.

However, the series states that Dassler deposited money directly into Havelange’s pockets, to bag the marketing rights for the World Cups. Soccer was a huge sport even at that time and it was continuing to develop at a quick rate. Both of them understood this and knew that they had to take advantage of this. This happened through the International Sport and Leisure (ISL) company, which Dassler himself founded.

Sepp Blatter, FIFA’s general secretary at the time, found out about the transactions between Dassler and Havelange. Blatter played a pivotal role in FIFA’s approach to generating more revenue. He helped Joao implement the ideas to make sure the federation made more money. However, he was not in on the scheme that Havelange and Dassler were plotting in terms of rights and money coming in and going out.

What was Joao Havelange’s net worth?

While this was happening, Dassler accidentally sent some money to FIFA’s account. It was a mistake that the German made at the time. According to the documentary, it was “one and a half” million. Blatter caught on to this and knew that he had to jump on this opportunity. According to Guido Tognoni, former advisor to Blatter, it was a “Beautiful cherry” on the cake for Sepp Blatter.

According to Bleacher Report, around $49 million were received as a bribe by Joao, and Ricardo Teixeira, as court documents mentioned. This happened over the span of 8 years. It was found out that Joao had provided the ISL and Dassler-led Adidas with the marketing, radio, and TV rights to the 2002 and 2006 World Cups.

Although he did not have the ending as the FIFA president like he would have liked, Joao made quite a large amount of money. He may have made millions during his reign at the federation. Reports estimated his net worth to be about $4 million to $5 million. The Brazilian passed away that year, at 100 years old.