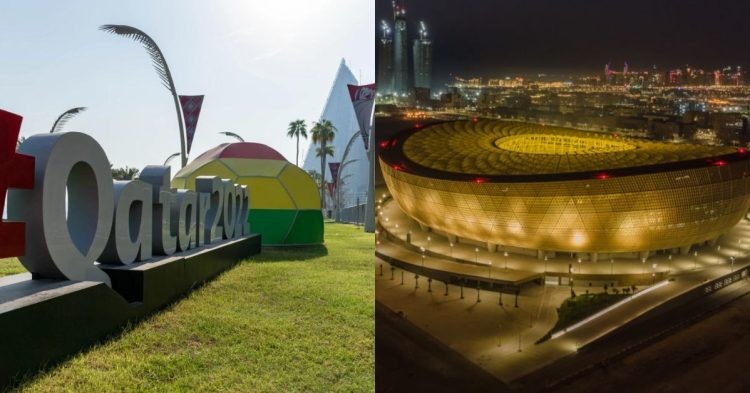 The FIFA World Cup 2022 is being held in Qatar. Besides the obvious weather conditions being a cause of concern, human rights issues have become a big talking point. Qatar has no laws in place for the protection of the LGBTQ community. Cohabitation is illegal and no legal recognition exists in Qatar for same-sex marriage, civil unions, or domestic partnerships.

In Qatar, security forces are arresting and abusing LGBT people. A transgender Qatari woman said security forces arrested her on the street in Doha and beat her until her she bled. “You gays are immoral, so we will be the same to you,” an officer told her.https://t.co/Y5DhkrOmL4 pic.twitter.com/W6bNxUpeQL

Following this many fans were up in arms against the human rights issues in the country. Recently, a report by Human Rights Watch has said the security forces in the country have “forced arrest and abused LGBT people”

Fans were unsure of the World Cup being held in Qatar in the first place and the report only adds to their fears.

This is extremely grim reading on the arrest, detention and ill-treatment of LGBTI people in Qatar. https://t.co/ZCIVZJEIPV

Qatar has denied the claims made by the HRW report.

Qatar has denied new claims of rights abuses against the LGBTQ+ community, a new report claims people are being detained and physically abused by security services. pic.twitter.com/8tcORHEBx0

Some fans are unhappy with the number of claims made by both sides during this controversial World Cup.

I know that there is a lot of misinformation spread about Qatar so I don’t know what to believe in anymore…. It’s a shame I hope the truth comes out and we know what is real and what isn’t

A fan commented, “It’s a modern 1936 summer Olympics.” Another fan reacted, “Money is more important to them”. FIFA has a reported $4.6 billion revenue projected for the FIFA World Cup 2022.

Will the LGBTQ community be allowed in FIFA World Cup 2022 in Qatar?

According to Qatar, all fans will be welcome to witness the World Cup spectacle. Speaking to representatives of the FA in an interview for The Overlap, Gary Neville asked, “Have you got the clarity from Qatar that our LGBTQ fans can come over and enjoy this tournament?”

“In writing, yes,” said the FA spokesperson. “They’re promising us that, and they’re promising every nation. They’re very openly saying. This is our house, we do have some rules we live by but you’re welcome.”

Neville also spoke to Hassan Al-Thawadi, the Secretary General of the Supreme Committee. Neville asked him questions regarding the treatment of the LGBTQ community, to which he replied, “These are vital questions, yes, plain and simple, everyone is welcome in Qatar. But in the nature of being a good guest is always to understand the country or home that you’re visiting. Appreciating the nuances and differences in opinions and values, and find the commonality, treat each other with respect.”