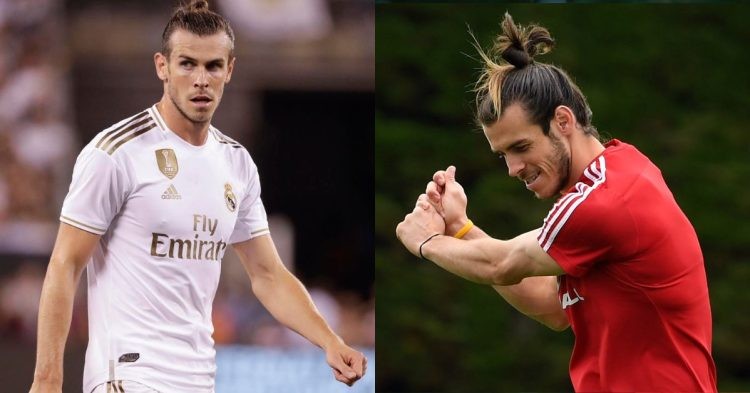 Gareth Bale has recently announced that he will be participating in the PGA tour event in California. This comes only weeks after the Welshman retired from professional football after playing his last game for Major League Soccer side Los Angeles FC.

This decision doesn’t come as a surprise as Bale has been spotted playing golf on various occasions in the past even when he was playing professional football. He took to Instagram to announce his participation in AT&T Pebble Beach Pro-Am in California which will feature professional golfers like Matt Fitzpatrick, Jordan Spieth, and Luke Donald.

He wrote: “Delighted to announce I will be playing in the AT&T Pebble Beach Pro-Am at the start of next month! Let’s go”

Bale will be the part of celebrity cast, lining up alongside him in the celebrity cast will be actors like Jason Bateman, Bill Murray, and musician Macklemore. The event will take place in California at the start of February reportedly from February 2nd to February 5th.

The former Real Madrid and Tottenham star is considered to be one of the best wingers of his generation and one of the best players Britain has ever produced. He started his career at Southampton before moving to Tottenham and then a big-money move to Spanish club Real Madrid which broke the transfer record at that time.

Gareth Bale was part of the famed BBC alongside Cristiano Ronaldo and Karim Benzema. He was a part of the Real Madrid side that won three back-to-back UEFA Champions Leagues from 2016 to 2018. Bale scored a memorable overhead kick in the UCL final against Liverpool in 2018.

Fans have been left amazed after Bale announced his venture into professional golf but not surprised at all as Bale has always been a Golf lover and is now following his dream. One fan wrote: “You quit soccer for this”. It seems like fans already knew why Bale retired from soccer.

Some fans have been critical of Bale for choosing Golf over soccer while others have trolled him for the same. A fan wrote: “Did you retire from football to play golf?”. His venture into Golf hasn’t landed well with some fans who think Bale could have been much better if not for his longing for Golf.

Another fan has trolled Bale and has written:” Golf, Golf, Golf. In that order”. He has indicated that Bale prioritized Golf over soccer even during his professional soccer days which didn’t go down well with his managers sometimes.

A set of fans have shown love towards Bale after this announcement and have shown support towards him. A fan wrote: “We all knew you were gonna smash it with golf. Love you mate good luck”. It seems like Gareth Bale has retired from one professional sport to join another and fans are excited about the speedster’s new journey.