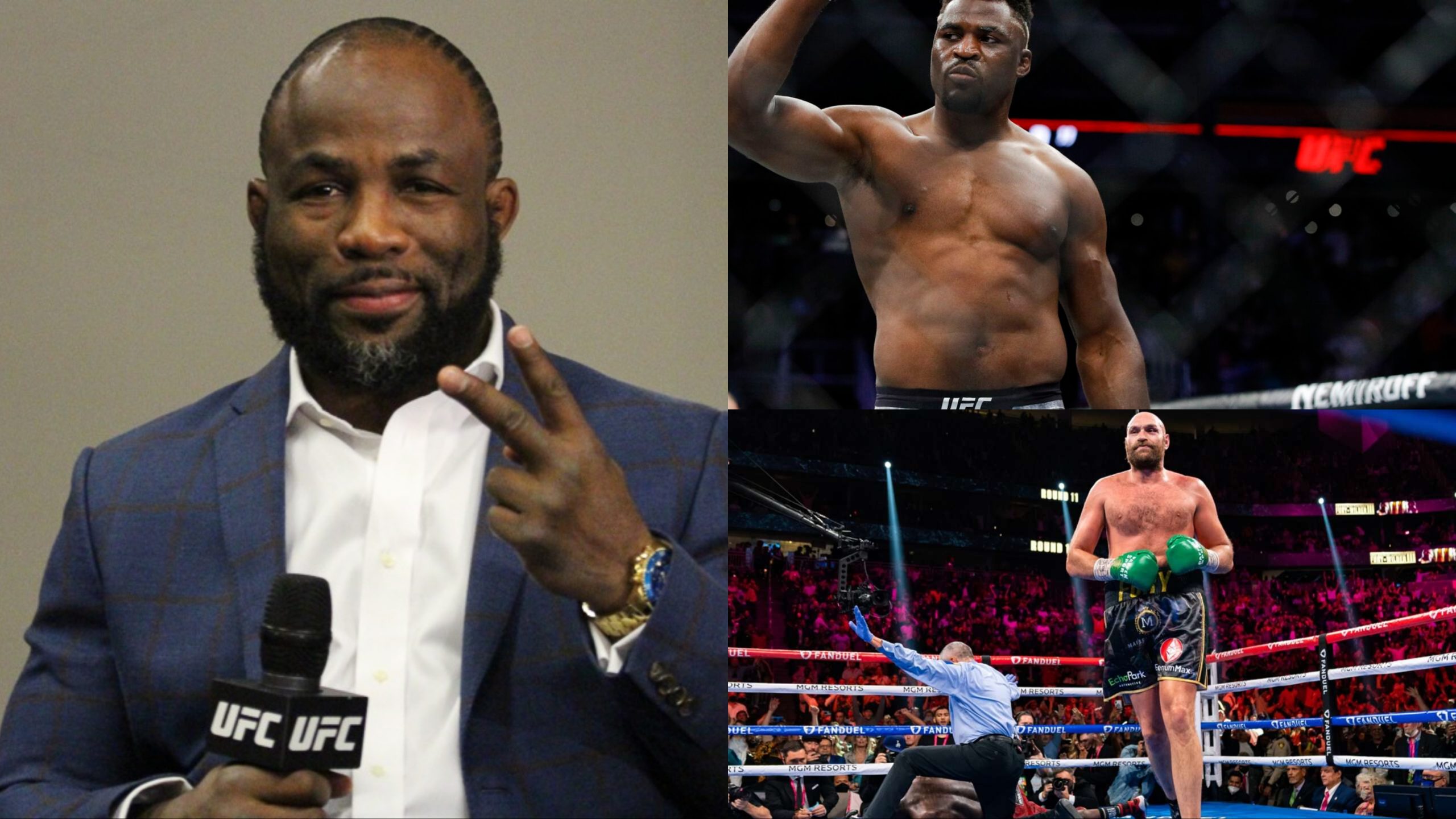 UFC heavyweight champion Francis Ngannou will be back in action on January 22. Cyril Gane will challenge for the belt as Ngannou is set to defend the heavyweight belt for the very first time. Although UFC 270 is just a week away, the focus around Francis is regarding a potential fight against Tyson Fury.

On January 6, the current WBC and The Ring heavyweight champion Tyson Fury called out the Cameroon native into a special rule boxing fight. Ngannou publicly stated his interest to jump over to boxing. He is not happy with the current treatment he is receiving from the UFC. If rumours are to be the 35-year old is also contemplating testing out free agency.

Although it is unclear at the moment as to which way the UFC fighter will go, Tyson Fury is currently the only viable option for Francis Ngannou. However, his former head coach Fernand Lopez does not support the idea. Lopez and Ngannou were both parts of MMA FACTORY. But the latter left the gym after he lost to Derrick Lewis.

‘Francis Ngannou will give up against Tyson Fury’ – Fernand Lopez

In a recent interview, the head coach of Ciryl Gane broke down the fight between Francis Ngannou and Tyson Fury. Lopez questioned the dedication of his former student. He also added that Fury had the mental advantage as well because of his extensive boxing experience.

In an Instagram post via The Mac Life, Lopez said, “Francis is not a boxer.” He continued, “you train a lot to be a boxer. Boxing needs dedication, boxing needs sacrifice, you need years and years to train. So we know the outcome of that fight. The question is how much Francis Ngannou cash out, because he only has one shot. Because objectively speaking, he cannot think about having a boxing career because his boxing skill will not be enough for him to become a boxer”

“I’m not sure Francis can ever challenge the stamina or endurance of Tyson Fury… Eventually Tyson will wear him down, get him tired, work the body and then go up with the uppercut, and sooner or later Francis will give up because of the volume, because of the pressure shots and he will just go down. I don’t see how he can win the match, this is an opportunity for him to cash out,” concluded the French coach.

Fans can catch Francis Ngannou fighting Ciryl Gane on January 22 at UFC 270. Ngannou currently has one more fight under his contract with the UFC. Will he opt for a big money fight against Tyson Fury? Or will he stay in the UFC and continue to be one of the scariest fighters in the heavyweight division? Only time will tell.