Perhaps in order to compete with the Nintendo Switch. Valve unveils the Steam Deck, a new portable PC-like device. The pricing has been set at $399 by Valve. Registration for the Steam Deck will open in July, and Vlave has stated that the consoles will begin shipping in December of this year.

According to Valve’s specs, this portable console is a total powerhouse. It is capable of running all AAA games currently available. AAA video games are defined by their large development and marketing budgets. They are intended to be the greatest work of a game production firm and to give a high-quality video game experience.

The AMD APU quad-core Zen 2 CPU with eight threads powers the portable console. Not only that, but it offers AMD RDNA 2 graphics and a massive 16GB of LPDDR5 RAM. There have been no compromises in terms of storage as well. The handheld is available in three sizes based on storage capacity. 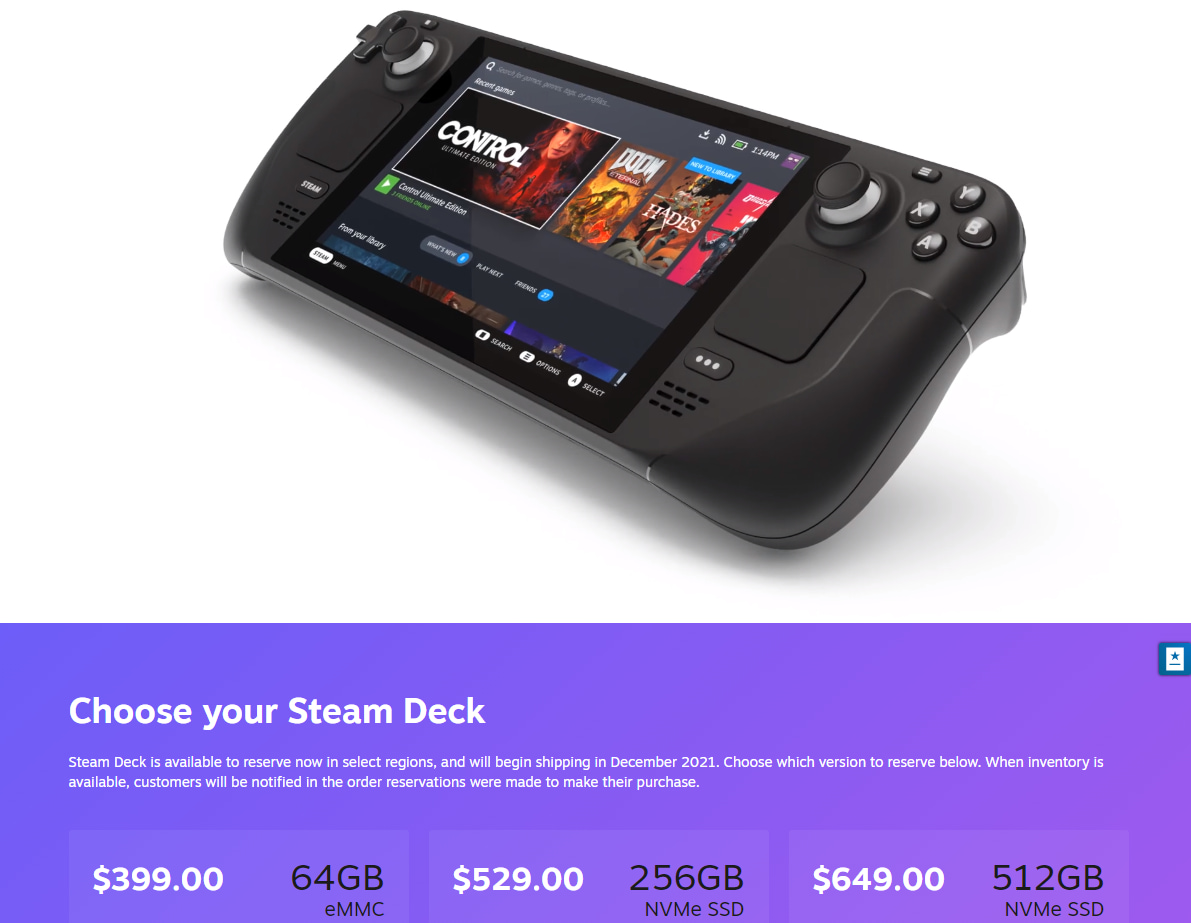 Now, let’s talk about the battery. According to Valve, it features a massive 40 watt-hour battery that can last for hours while providing the greatest experience for consumers. The battery may last for 7-8 hours when playing lighter games like 2D games or simply surfing the web. Heavy AAA games may deplete the battery quickly, but will lasts for a reasonable period of time.

Here are the other specifications. 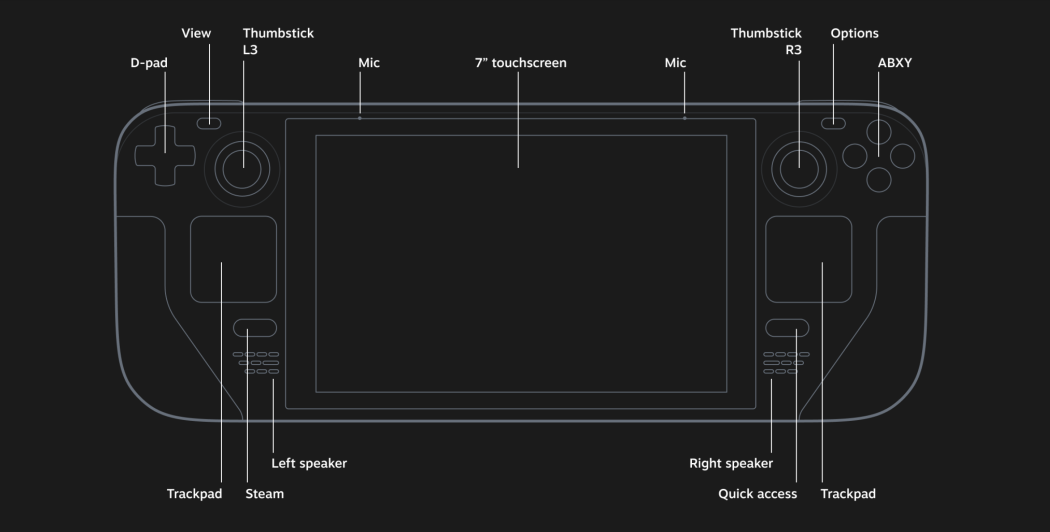 Trackpads: There’s two of them, and Valve says that they have “55% better latency compared to Steam Controller.”