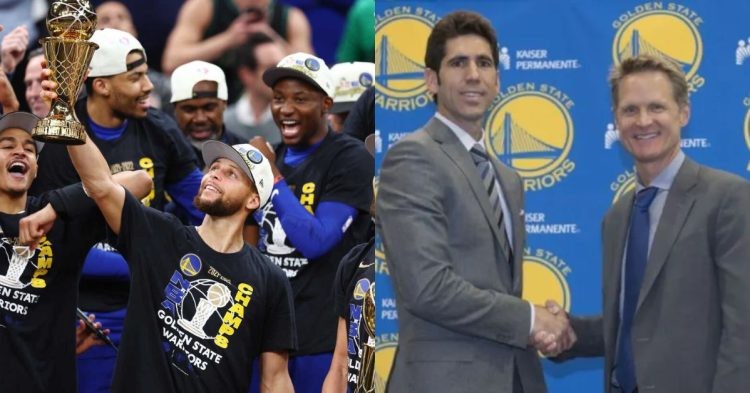 NBA superstar Stephen Curry helped the Golden State Warriors win the 2022 NBA title. Heading into the 2022-2023 NBA season, they are back under the spotlight. We are already familiar that the team is currently under great duress after the physical altercation between Draymond Green and Jordan Poole. A few days after being attacked, Poole agreed to a 4 year $140 million contract.

The Warriors are already deep into the luxury tax and are paying an exorbitant amount to retain their roster. NBA Inside and ESPN analyst Bobby Marks shared a projection of what GSW will be paying its players for the upcoming season. There is no arguing that they deserve their money. After all, they are the defending champions. Nonetheless, we should still look at the finances in order to predict how the team will act moving forward.

The Golden State Warriors have to pay Stephen Curry $51.9 million next season

Steph, who is nicknamed the “Golden Boy of the NBA”, is worth his weight in gold to his franchise. They know he deserves nothing short of the best. Thus, they rightly retained him on a 4 year $215 million deal. That means they are going to pay him somewhere around $51.9 million for this season.

Golden St. payroll and tax penalty in 2023/24 will likely exceed $500M once the roster is filled.

That factors in Draymond Green opting-in to his $27.6M player option.

Andrew Wiggins was signed on for a 4 year $109 million deal. Additionally, Jordan Poole recently signed for 4 years and $140 million. When we add, Klay Thompson, Draymond James Wiseman, Jonathan Kuminga, and all the other players, their salaries alone add up to a tidy $215 million for next season alone assuming Green opts into his contract.

Breaking: Andrew Wiggins has agreed to a four-year, $109 million extension with the Warriors, his agents told @wojespn and @kendra__andrews.

Wiggins is now tied to the Warriors for five years, $143 million. pic.twitter.com/iGMiXObZM0

Moreover, the luxury tax in the NBA is no joke. It was initially created to level the playing field between large market teams and smaller ones. According to the estimations, the tax itself will surpass the salaries of the players and come to around $268 million. Therefore, the Warriors are expected to pay $483 million in total.

After Jordan Poole and Andrew Wiggins extensions, the projected salary and luxury tax for the Golden State Warriors in the 2023-2024 season, per @BobbyMarks42: $483 million.

We should also remember Draymond Green’s contract will change these numbers quite significantly. If the Warriors choose to value retaining him and offer him a fresh contract, there will end up paying more than $500 million to the team players next season.

While the owners and shareholders are likely billionaires, half a billion dollars is no small matter. They will be forced to make a decision about the future of the team soon.