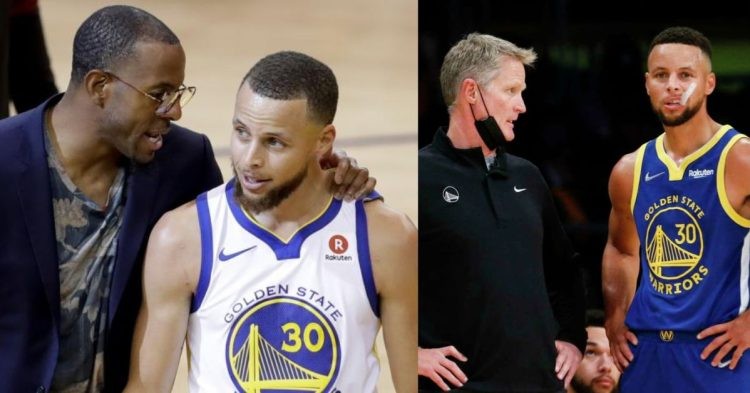 Stephen Curry is the greatest shooter the NBA has ever seen. He is the cornerstone of the Golden State Warriors and is largely responsible for the success they have seen over the years. NBA fans will remember that GSW first made it to the NBA Finals in 2015. There, Steph and Golden State eliminated LeBron James and the Cleveland Cavaliers.

Both teams went on to face each other multiple times in the coming years. Thus, the Warriors franchise had a veteran core that Steph achieved the most with. It consists primarily of Klay Thompson, Draymond Green, and Andre Iguodala.

We can only imagine the power Curry’s voice holds over the franchise. This poses a problem for the GSW. It is important to understand the dynamic between both sides and the context of the situation.

There is no arguing that the Warriors have been a very successful franchise in recent times. They have won more titles in the last decade than most teams have ever won. However, as a team that wants to look to remain competitive, they are inclined to do away with their expensive veteran core.

While it may seem ridiculous to say GSW would trade their core, there is no arguing that some players are simply past their prime. Andre Iguodala is a good example of a player who the Warriors are keeping out of sentimental value.

They might not be able to afford to keep the squad together and might move on from Iggy. Be that as it may, an anonymous NBA executive revealed that GSW might just do what Steph wants.

“Steph terrifies them at the front office… I mean within reason. Steph wanted Avery Bradley last year but they got Gary Payton II. They did not listen to him and there was no problem with it. I think Steph likes to have a voice but does not get caught up in dictating moves.”

Quite well said. However, wanting to play alongside Avery Bradley cannot really be compared to the feelings of wanting to keep Andre Iguodala. We hope Steph is able to accept whatever decision his franchise makes.