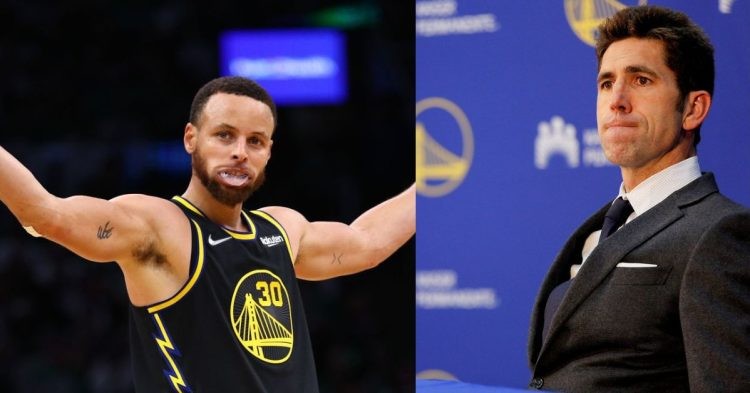 The Golden State Warriors are one of the world’s biggest NBA teams right now. They have built a huge dynasty due to their 4 NBA championships since 2015. One of the main pillars of their success would be the one and only Stephen Curry. He has helped guide the franchise to the most successful period in its history.

2022 was a wonderful year for Steph. He won his fourth title with GSW and his first-ever Finals MVP. When you have a player of Steph’s caliber, you would have to meet his expectations. The main reason why The Chef has touched the greatest heights would be due to his high expectations from his teammates and the Warriors organization. Recently, an NBA insider has let the world in on a fact that will surprise many.

The executive said to Heavy.com, “Steph terrifies them in that front office. I mean, within reason. Steph wanted Avery Bradley last year but they wanted Gary Payton II. They did not listen to him and there was no problem with that. I think Steph likes to have a voice but does not get caught up in dictating moves.”

“Klay and Draymond, though, that would be different. If they moved on from either one, they had better make a good case as to why to Steph or they can alienate him.”

Steph Curry on Avery Bradley: “Bulldog. Everyone asks who is the toughest defenders you’ve had, he’s the first guy that comes to mind.”

Curry has been pretty vocal about his admiration for Bradley. In the past, he has said, “Everyone asks who is the toughest defenders you’ve had, he’s the first guy that comes to mind.” However, despite his wishes, the GSW organization released Bradley for the 2021-22 season. After that, they signed Gary Payton II.

The source also mentioned that Steph would be angered if Bob Myers chose to let Draymond Green or Klay Thompson go. The reason for that is, the indestructible trio they have formed. If they decide to split up the band, they would have to explain to Steph why. Haters may wonder why the Baby-Faced Assassin has this effect on them. It is one of the things a player gets with being the best player in the franchise’s history.
Tags: Golden State WarriorsStephen Curry
Previous Post