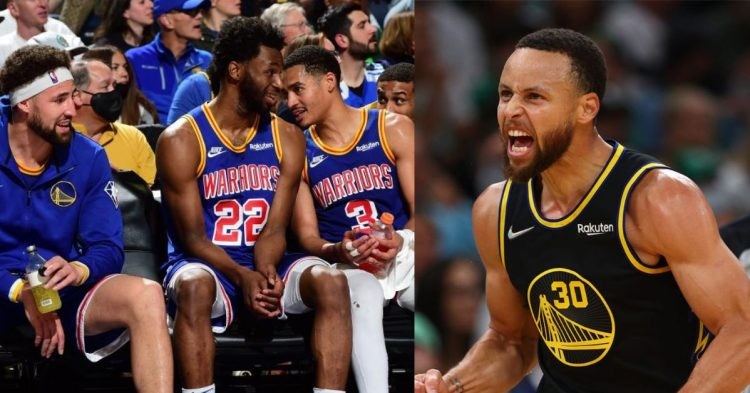 NBA 2K23 is out and fans are lining up to purchase the game. The NBA 2K creators decided to give the 2022 Finals MVP an OVR of 96. However, Stephen Curry is rated much higher while his teammates on the Warriors have been given a particularly good rating.

REPORT: Steph Curry who is ranked 96 in 2K23, doesn’t have a single teammate over 85 overall.

The NBA 2K creators and developers are known for their strict ratings in past games. One must wonder what ratings they gave the NBA superstar‘s teammates and how fair it is. After all, the team is coming off a dominant postseason after a bad few years. Therefore, we need to look closely into the situation.

We saw an absolutely masterful performance from Steph during these NBA playoffs. His team never came close to elimination and closed out all its matchups within 6 games. While a lot of the credit should rightly go to Curry, it is important to remember that he had a lot of help from good teammates.

Andrew Wiggins, Jordan Poole, Klay Thompson, and Draymond Green are some of the other members of the team who stepped up and got the job done when it mattered the most. However, not even one of them has been given a rating on the same horizon as Stephen Curry.

Wiggins was clearly the second-best player for the Warriors these playoffs. He may not be able to shoot the ball as well as the “Splash Brothers” or even Jordan Poole. Be that as it may, he was entrusted with guarding the best player on the opposition. After all that, he was given a rating of 84.

Moreover, Klay Draymond and Poole were all given the same OVR, 83. Perhaps, it is fair to give Draymond Green an 83 OVR. However, both Klay Thompson and Jordan Poole deserved an 85 at the very least after the performance they put in these playoffs.

When Kevin Durant left the Golden State Warriors, some NBA analysts claimed that it was because Steph’s legacy and greatness overshadowed Durant’s. Perhaps that was true to some extent and it has done the same and influenced the NBA 2K creators into separating Curry from the pack.