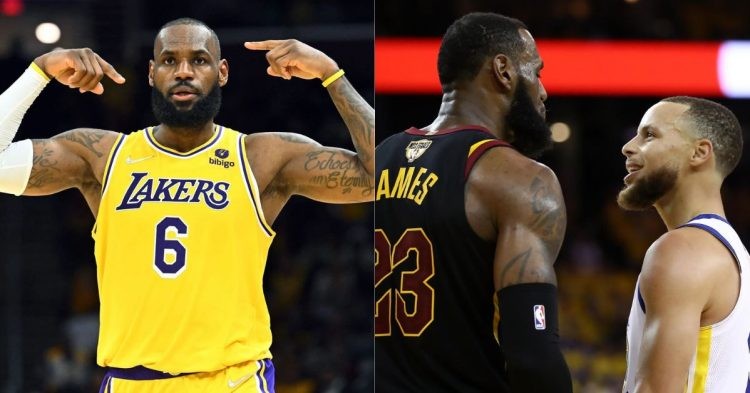 Sporting icons are considered iconic for the unbelievable things they pull off in front of the world. All sports require mastering skills that take time to acquire in the first place. That’s why these players are like role models. And fans try their hardest to see what goes on in their lives. Social media is one such way to look behind the curtain. And that has also led to players like LeBron James using it as a monetary tool to help bump up his earnings.

The last couple of seasons for LeBron James have been ones he wishes he could forget. The fall off a cliff from winning an NBA title to losing in the first round and now not even making the playoffs or play-in tournament is not helping his career. We know all who are getting the blame, why this team is not working and how they’re trying to change that. But LeBron James, even at the age of 37, can take a team and turn them into contenders.

This list includes sporting icons from sports like basketball, football, boxing, tennis, cricket, etc. Regardless of how famous or influential you might believe athletes are, these costs are dependent on the number of followers, engagement rate and topical they are.

This list of 25 includes only 2 NBA players. This is extremely surprising because out of the 10 highest-paid athletes of 2022, 4 of them were from the NBA. The two players that are featured are Stephen Curry and LeBron James. Chef Curry sits in the 13th spot on this list with $187,000 and 44.7 Million followers. He’s also listed higher than Floyd Mayweather, Serena Williams, and others.

However, LeBron James sits much higher up. James charges the 5th most athlete charges for an Instagram post. James has 3 times the followers Curry has.

And hence, he charges almost 3 times as more for a post. $474,000 is the reported amount to have a sponsored post on the @kingjames account. Every single type of post that LeBron posts get millions of likes or views. Using his platform for a brand can only do good for you but bad for your bank account.

King James posted his first Instagram post back in 2012. It was of a poorly edited picture of him dunking on Dr. J. Almost a decade later and he has over 2000 posts that can certifiable prove him to be a daily user. Can his Instagram empire soon become the greatest in NBA history? It surely can and probably already has.