“Stole My Moves!” – The Undertaker Jokes About Kane During Hall of Fame Induction Following WrestleMania SmackDown 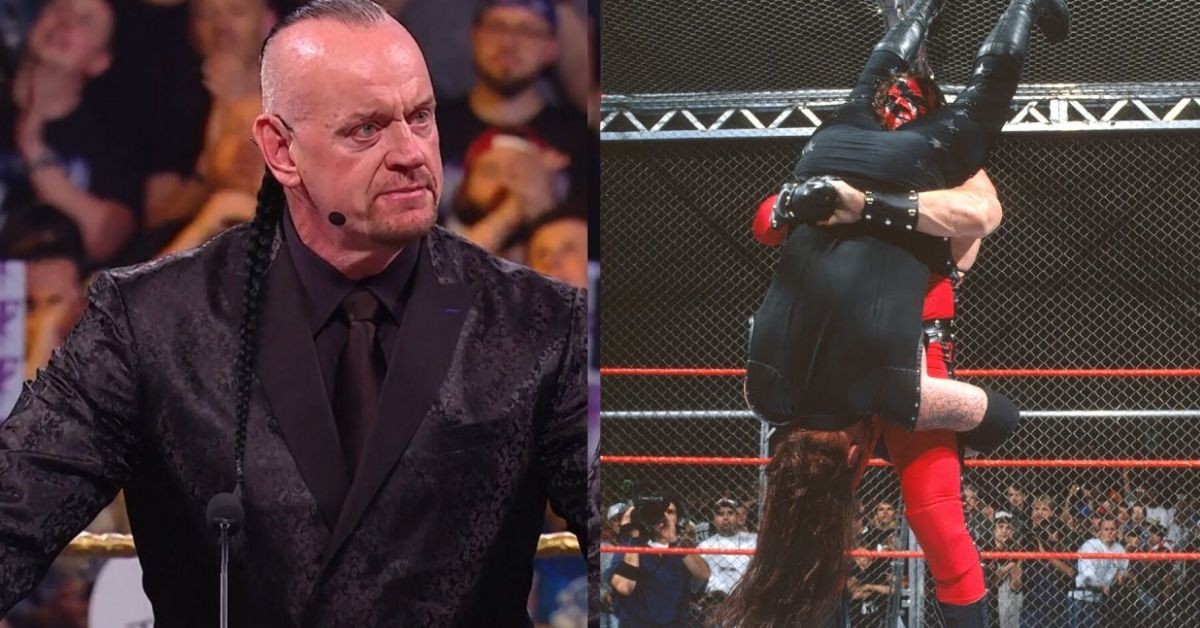 The Undertaker talks about Kane during HOF Induction

The Undertaker aka Mark Callaway was the headliner of the 2022 WWE Hall of Fame ceremony at the American Airlines Arena in Arlington, Texas. The Undertaker took the time during his speech to talk all the people who played a vital role in his life and career. As such, the “Deadman” didn’t hesitate to take a dig at his kayfabe brother, Kane.

Congratulations to @undertaker on his induction into the #wwehof! No one, and I mean NO ONE, deserves it more. The Undertaker is truly iconic and transcends @WWE. The man behind the character is just as impressive! I am absolutely thrilled! CONGRATULATIONS!!

The history of the “Brothers of Destruction”

The story of the Brothers of Destruction is the greatest wrestling tale ever told. Both creations were the brainchild of WWE Chairman and CEO Vince McMahon. the Undertaker and Kane had multiple championship success as a team and also as individual performers. The Undertaker and Kane also fought each other in a classic match at WrestleMania XX.

What did The Undertaker say about Kane during Hall of Fame induction?

The Phenom took the time to appreciate the support of his colleague and fellow Hall of Famer Kane (Glenn Jacobs) but also took a dig at him for stealing most of his signature in-ring moves.

“You are, without a doubt, the most genuine human being I know, Glenn …oh! I’m sorry. He insists that I call him ‘Mayor’ now. Don’t get hot, brother. I mean, I didn’t get mad when you stole all my moves.” The Undertaker added.

“Big Kane! Our Story Stretches over two decades as brother as the Brothers of Destruction, the greatest wrestling story ever told.” The Undertaker said.

The WWE Universe showers the legendary @undertaker with praise as #ThePhenom takes his rightful place in the #WWEHOF. #ThankYouTaker pic.twitter.com/o62a4PkYDP

Kane is synonymous with the Undertaker in WWE. The Undertaker talked about the “Big Red Machine” during his HOF speech which aired immediately live after WrestleMania Smackdown. The Undertaker reminisced the fact that they have a history of well over two decades in WWE. And he thinks that it was the greatest story of his career as well as in WWE.

Cody Rhodes, His Wife Brandi Rhodes and Family – Here’s Everything You Need to Know