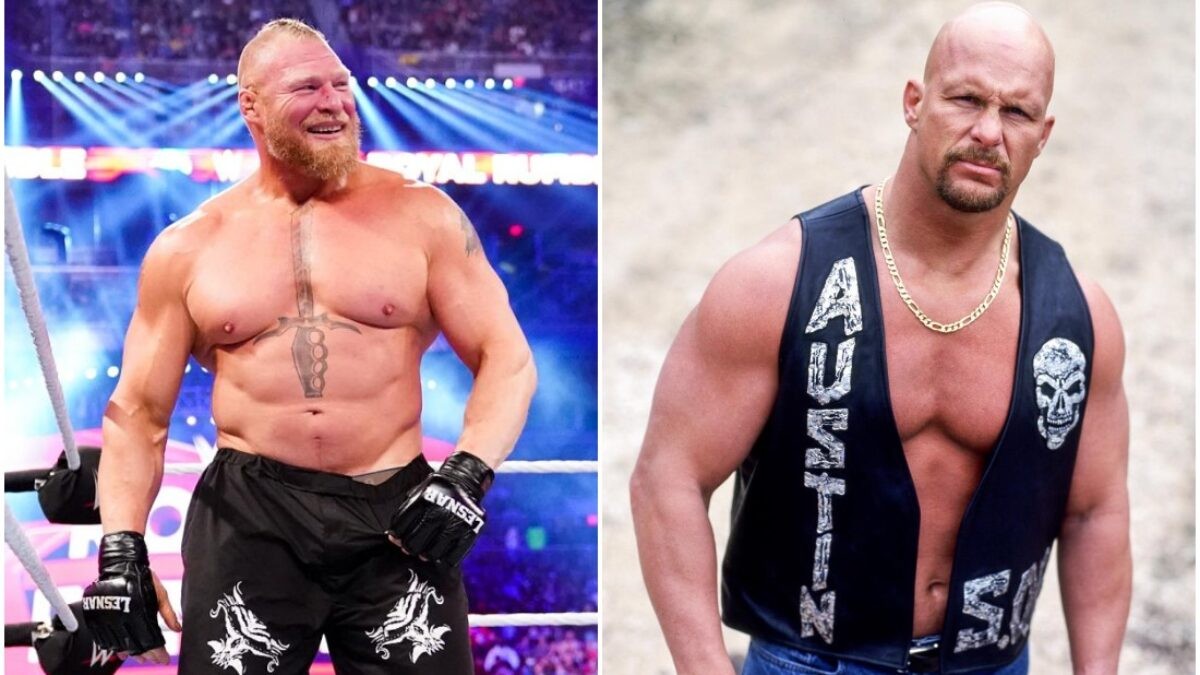 WWE Legend Stone Cold Steve Austin recently took part in a rapid-fire quiz hosted by WWE. The wrestling promotion took to Twitter last night to reveal The Texas Rattlesnake’s answers. At the start of the video itself Stone Cold is asked, “Which current WWE Superstar would he like to face?” Austin 3:16 replied by saying, “Brock Lesnar.”

The beast has been WWE’s top superstar since his return to the company in 2012. The toughest SOB on the planet’s answer goes on to prove just how fantastic Lesnar has been over the past decade. Few wrestlers have matched up to The Beast’s in-ring abilities and achievements.

The dream match between Stone Cold Steve Austin and Brock Lesnar has been teased by The WWE Hall of Famer on numerous occasions throughout the past decade. If it were not for Austin’s inability to work a match, this would have been done and dusted by WWE a long time ago.

Further in the video, Steve Austin is asked, “Who is your favorite travel partner?” Austin replies, “Billy Gunn.”

Back in 2018, former D Generation-X member Billy Gunn spoke about traveling with The former WWF Champion in an interview on 317 Gimmick Street. Stone Cold was also present during the interview. Gunn says to Austin, “Having to get you water and snuff, that thing, and if I’d touch your water, you’d lose your mind! That’s one thing about you I can remember, is that when we had our water in the car if I even moved it or touched it, [imitating Austin], ‘you didn’t put your lips on this, did you?'”

Additionally, Austin also joined in on the fun, when he said that the one thing he enjoyed the most about traveling with Billy Gunn is, that he was a good wheelman and an excellent and safe driver.

The interview proves that wrestlers may be rivals on screen. However, off the screen, they share a good camaraderie. Just a few things we love to see!

Khabib Nurmagomedov Claims His Fight Against Conor McGregor Is the Biggest Fight in MMA History, Downplays McGregor vs Mayweather