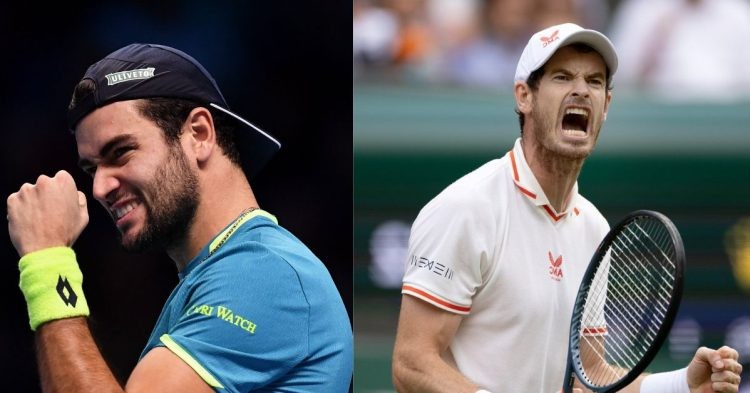 Matteo Berrettini and Andy Murray came face-to-face on Sunday to play the final of the Stuttgart Open. Murray, who has been struggling with injuries for a very long time took multiple breaks for treatment on his left leg and hip. Berrettini, who has also been struggling with form, managed to down Murray to win the match 6-4, 5-7, 6-3. The Italian tennis star came to Stuttgart after being away from the court for three months due to a hand injury.

Murray had not dropped a single set the entire week but went down to Berrettini in his second service game. Unfortunately, he failed to bounce back and Berrettini eventually won the set 6-4. After a disheartening first set, Murray fought really hard and managed to bring win the second set 5-7. The third set saw Murray calling the physio again and it already felt like Berrettini was taking the trophy home. As expected, the Italian won the third set 6-3 and won the tournament.

Lifting the trophy will give him a huge boost to Berrettini before Wimbledon. Ever since the hand injury, he has been struggling to regain his rhythm. He even took time off from the court for surgery and missed the entire clay season. Even after such a long break, Berrettini showed signs of his old self as he powered through all his opponents in the Stuttgart Open. Interestingly, Berrettini made it to the finals of Wimbledon last year but lost the match to Djokovic.

On the other hand, Murray went back home with pain in his abs and it will be a matter of concern for him, especially with Wimbledon right around the corner. After the match got over, he said, “I got some pain in my ab when I was serving. Not something I’ve had before. I’ll need to get it checked when I get home.” The British star will look to bounce back from this injury and play the Wimbledon with home support.

Did Jaylen Brown Get a NASA Internship?