Anthony Marshon Davis is one half of the Los Angeles Lakers superstar duo. Anthony Davis is more famously known by his initials, AD. Davis played high school basketball for the Perspectives Charter School. For the first few years of his school basketball career, Anthony Davis received no recognition because his team had no media coverage. He received a number of awards and honors in high school including, being named to the 2011 McDonald’s All-American Game and the 10th annual Jordan Brand Classic.

Anthony Davis was born on the 11th of March in 1993. He grew up in Chicago, Illinois. Anthony Davis sr. and Erainer were Davis’s parents. Anthony gets his height from both his parents who are both above the 6 feet mark. Davis also has a twin sister named Antoinette and an older sister, Lesha Davis.

Anthony Davis was already a prospect for the number one pick before his college career started. Anthony Davis committed to the Kentucky Wildcats. He was also being noticed for other honors like National Player of the Year and Freshman Of The Year. Anthony Davis lived up to all the hype he had around his name in College. He continued to grow as a superstar through his college career, inching closer to the NBA dream. AD led the college team to a 16-0 record. He finished the year with 14.2 points, 10.4 rebounds and 4.7 blocks per game. The team lost to the Vanderbilt Commodores in the Finals of the SEC Tournament.

Anthony Davis declared himself for the NBA draft in 2012. He was picked by the New Orleans Hornets as the first pick and the team gave AD a three year contract worth $16 Million. Davis made his NBA debut on the 1st of November 2012. He scored a team high 21 points on debut. Anthony Davis had a great rookie year. He was also chosen to play in the 2013 Rising Stars Challenge. Although, Davis did not win NBA Rookie Of The Year, it was evident that Anthony Davis had a lot of potential and was capable of winning rings.

The Hornets changed their team name to the New Orleans Pelicans. The 2013-14 NBA season had a nice start, Anthony Davis put up a double-double. Throughout the season, Davis suffered for Multiple small scale injuries. This made him miss a few games in the season However in March 2014, Davis’s injury run became more prominent and he missed the last four games of the NBA season.

The 2014-15 season was a mini comeback for Davis. On the Back of Anthony Davis, the team made the playoffs in the 2014-15 season.  Ad had a wonderful Playoff series debut. he averaged 31.5 points, 11.0 rebounds and 3.0 bl0cks per game. The Pelicans however did not make it past round one of the playoffs. The team got swept by the Golden State Warriors. Davis also became the first player in 40 years to average 30 points and 10 rebounds in a player’s first playoff series. He was selected to the All-NBA First Team for the first time in his career, becoming the first player to make the first team in his first three seasons since Derrick Rose.

Anthony Davis felt comfortable playing with the Pelicans. he signed a five year extension worth $145 Million. Davis had an incredible start to the season. He was doing it all on both ends of the court. However, Halfway through the season, Anthony Davis suffered a terrible injury. He had a knee injury and a torn labrum in his left shoulder. Davis was ruled out for the rest of the season, and the Pelicans’ dreams of making the Playoffs was done.

Anthony Davis returned in the 2016-17 season. On the day of his come back he put up 50 points, 16 rebounds and 7 steals. Davis announced that he was back in style. His 50-point night was the second highest scoring output of his career and was the most by any NBA player in a season opener since Michael Jordan scored 54 points in 1989. Davis notched 52 points and 10 rebounds  in the 2017 NBA All Star game. In the 2017-18 season, Davis got the opportunity to make it to his second playoffs. The Pelicans made it past round 1 after defeating the Portland Trailblazers. However in round 2 after a tough fight by Anthony Davis, the Pelicans were defeated by the Golden State Warriors in 5 games.

In 2019, AD requested to be traded from Pelicans. He went on to become a free agent in 2020. The NBA fined Davis for making a public request to be traded. However in 2019, The Pelicans let Anthony Davis go to the Los Angeles Lakers in exchange for Lonzo Ball, Ingram and Hart. AD made his Lakers debut in 2019 with 25 points, 10 rebounds and 5 assists.

Davis’s agent  announced that he would decline the Lakers’ offer of a four-year, $146 million max extension and opt to enter free agency. This way Davis could earn a five-year, $202 million max contract. Davis along with LeBron James managed to carry the Lakers to the 2020 NB A finals. The Lakers were in it to win for the fans for themselves, for Kobe. LA were up against Miami Heat and went on to win the title  after winning the 7 game series 4-2.

Anthony Davis went on to become the first player to win an NCAA title, Olympic Gold, FIBA world cup gold medal and an NBA title. The 2021 season however did not end well for the Lakers. Davis and co were eliminated in round one of the playoffs by the Phoenix Suns.

Anthony Davis is in a happy relationship with long time girlfriend, Malen P. The couple have lived together since 2016. There were many rumors that surfaced that they secretly got engaged in 2019. the couple have a beautiful daughter named Nala who was born in 2017.

Anthony Davis is said to be earning approximately $9 million off endorsements. His off-court earnings were given a boost in 2017 when Davis signed a multi-year extension with Nike. Apart from Nike, he also endorses other major brands including Saks Inc., ExxonMobil, Foot Locker, and Red Bull.

The Anthony Davis Family Foundation also made a $250,000 donation to support the launch of Help Feed the Frontline Fighting COVID-19-LA. He has always been involved in a lot of charity and believes in giving to the community.

According to sources, Anthony Davis is estimated to have a net worth of approximately, $100 Million USD as of the year 2021. 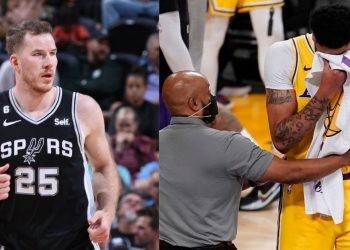 The Los Angeles Lakers will be facing the San Antonio Spurs tonight. NBA fans will certainly be aware that Anthony ... 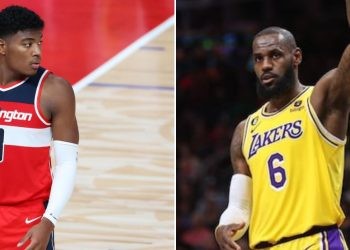 As the NBA trade deadline approaches, the Los Angeles Lakers might just be making a big move. As most of ... 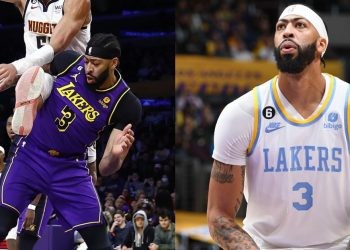 Anthony Davis' injury broke LA Lakers fans' hearts when they learned that he would be out for a while. The ... 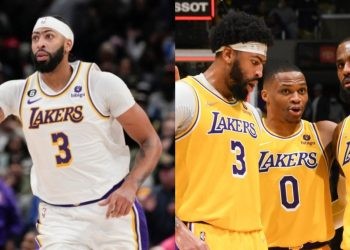 Lakers' big man Anthony Davis has always had trouble staying healthy, throughout his NBA career. After starting off the season ... 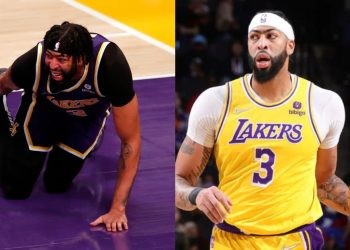 Los Angeles Lakers superstar Anthony Davis has not had a good season so far. Although he has put in a ... 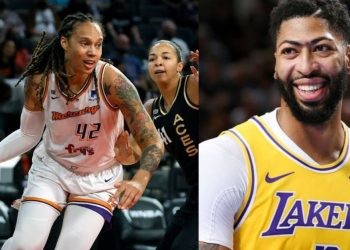 On 17th February 2022, the WNBA Star Brittney Griner got arrested on drug charges in Russia for carrying hash oil ... 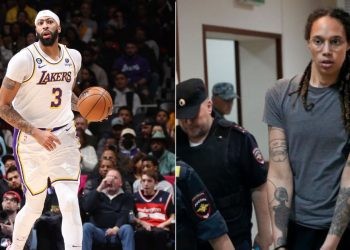 Brittney Griner has finally been released from Russia after 10 months. In February, officials arrested her at one of the ... 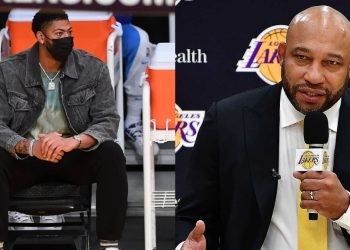 We still do not have confirmation that Anthony Davis will be playing for the Los Angeles Lakers. NBA fans might ... 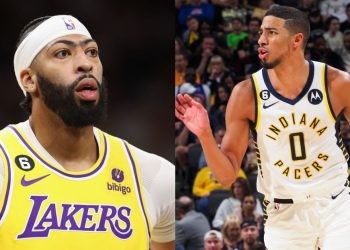 The Los Angeles Lakers are facing the Indiana Pacers tonight. The California-based franchise has been on good form in recent ... 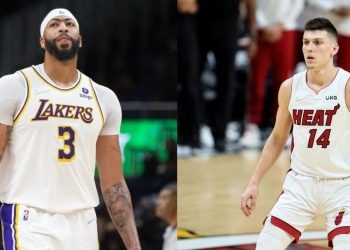 We all know how important the role injuries have in deciding the fortune of a team. From Anthony Davis to ...