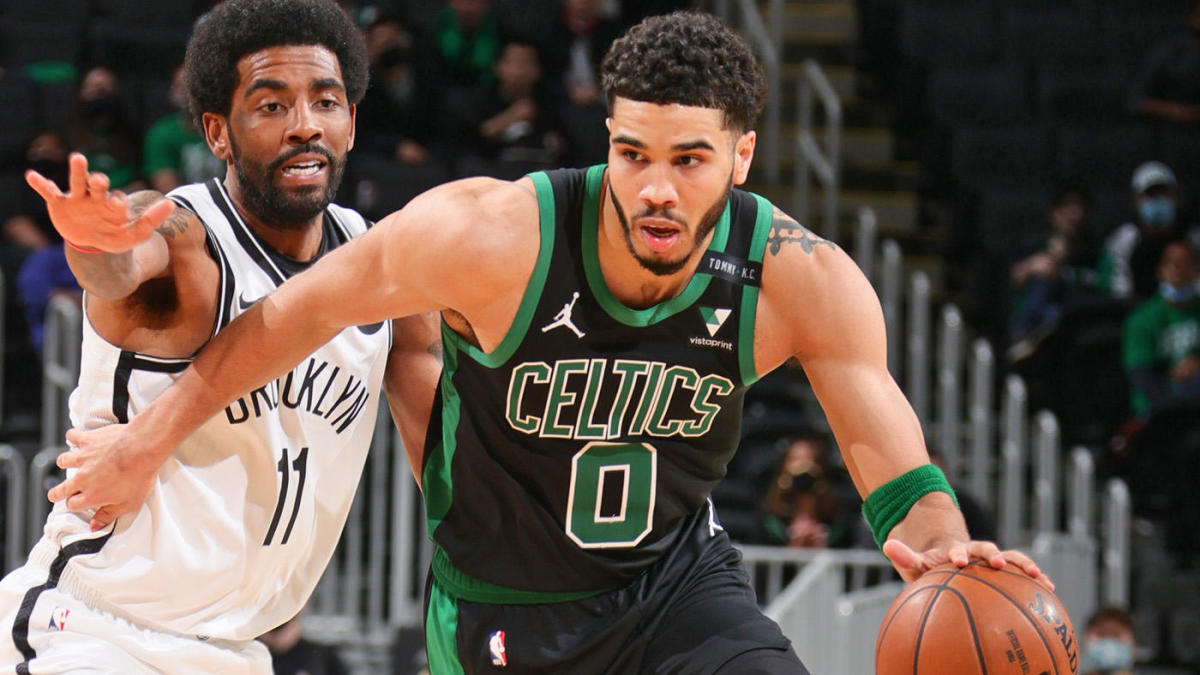 Jayson Tatum is a Small forward for the Boston Celtics. He was drafted by the Celtics in the 2017 draft as 3rd overall. Jayson Tatum was born on the 3rd of March 1998 in St. Louis, Missouri. He was a student at the Chaminade College Preparatory School. He was one of the top players of his batch and was also rated as a five star recruit in 2016.

Jayson Tatum was born to Justin Tatum and Brandy Cole. His father was also a basketball player is a coach at Christian Brothers College High School. Jayson’s parents had him at a very young age of 19. He is also the god son of former NBA star, Larry Hughes. Jayson is also Tyronn Lue’s cousin. He grew up with Christian Beliefs and is a religious person. Jayson grew up being friends with Matthew Tkachuk and Harry Giles

In 2015, Jayson Tatum was a part of the St. Louis Eagles Amateur Athletic Union. He got the chance to prove his worth on a stage like the Nike Elite Youth Basketball League. Although the team did not lift the championship, recruiters had seen a lot of scope in the young Jayson Tatum.

Jayson Tatum was approached by many recruiters to play for their teams. he received offers from North Carolina, Kentucky and Saint Louis University. Tatum however decided to give his commitment to Duke University.

Jayson Tatum made a mark in Duke colors. In his debut he recorded 10 points and topped his performance in his second game with 22 points.

It was clear that Tatum was a star freshman. He was crowned ACC Freshman of the week. In his time at Duke he earned back to back freshman of the week awards. Jayson Tatum was also the key to helping the Blue Devils get their ACC Tournament Championship. He put up 19 points and 8 rebounds against the Notre Dame Fighting Irish.

He was also named to the ACC-All Freshman team and earned a spot at the third team All-ACC selection.  In the 29 games played by Tatum, he averaged 16.5 points and 7.5 rebounds per game .Right after his freshman year, Tatum chose to directly go into the 2017 NBA draft as one-and-done.

The Boston Celtics took a risky option of giving up the no.1 draft pick in 2017 in the hopes of drafting Tatum and another draft pick. Jayson was drafted #3 overall. In the 2017 NBA Summer  League, he averaged 18.7 points, 9.7 rebounds in 33 minutes. He was chosen to the All-Sumer League Second Team.

The Celtics debut was a show to watch. Jayson scored a double-double. He also recorded a season-high 27 points, earning him Eastern Conference Rookie of The Month.

In 2019, Jayson Tatum put up 39 points i his game against the Hornets. Jayson broke the record with 41 points against the New Orleans, The season was looking good for him. He earned his first NBA All-Star call up as a reserve on the Eastern Conference. Jayson Tatum made the playoffs once again and their eliminated the Philadelphia 76ers in the first round. In the second round, the Celtics were up against the defending Champions, Toronto Raptors. Tatum had a wonder playoff season and was a key player in the Celtics rotation.

Jayson signed a five year extension worth $195 million. He proved he was worth the money on the opening night of the season. Tatum put up 30 points including the game winning three against the Bucks . However the Celtics suffered a loss when Jayson tested positive for Covid and missed a few games.

Jayson recorded a career high 53 points against the Timberwolves and was the youngest Celtics player to score more than fifty points. It was not long before Tatum topped that performance and put up 60 points.

The Celtics had to fight through the play-in tournament to earn a sport on the playoffs in the 2021 season. Jayson was the Celtics star he put up 50 points and helped the Celtics clinch the seventh see.

The Celtics however were up against the Brooklyn Nets in the first round and even though Tatum was at his best the Celtics were eliminated. Jayson however was robbed in the post season awards. He did not make the All-NBA first or second team.

Though there are  rumors that Jayson Tatum has been seeing singer Ella Mai, it is clear that he is happy with his long time girlfriend, Samie Amos. The couple have been in a live in relationship since 2016. She is also the mother of Jayson Tatum’s extremely adorable son, Deuce Tatum.

Samie  studied in the same school and university as Jayson and she is also a volleyball player. She seems like a woman who likes to be independent and make her own mark. She doesn’t want to depend on Jayson financially.

Jayson Tatum Endorsements And Net Worth

According to reports, Nike decided to release a Jayson Tatum themes shoe line in 2019. They decided to put up a Jayson Tatum X Nike Air Max 97. The shoe had a red and black theme with a silver tongue that reads ‘Tatum and ‘The Deuce’ 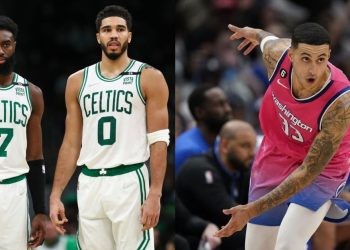 The Boston Celtics have been on a roll lately. They have looked extremely strong on defense and have been excellent ... 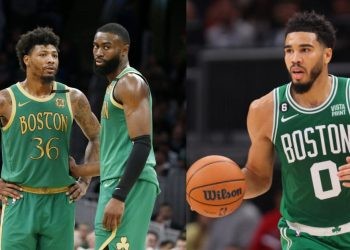 Jayson Tatum is coming off one of the best years in his career with the Boston Celtics. They finally managed ... 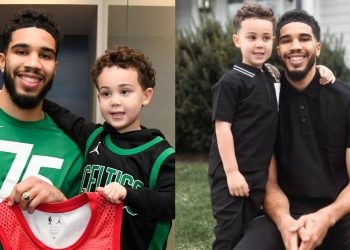 Jayson Tatum is one of the best young players in the NBA right now. It almost seems as if he ... 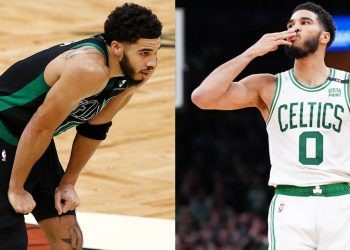 Jayson Tatum is coming off one of the most successful years in his NBA career. Alongside Jaylen Brown, he managed ... 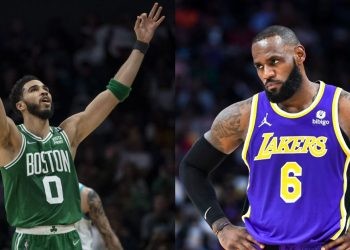 The Boston Celtics star Jayson Tatum is coming off one of the best years in his career. Alongside Jaylen Brown, ... 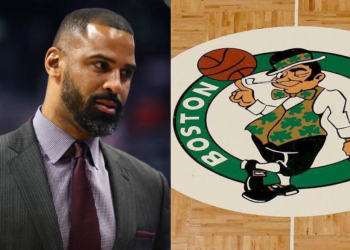 The Boston Celtics head coach Ime Udoka has been suspended for the entire 2022-2023 season. He was suspended on the ... 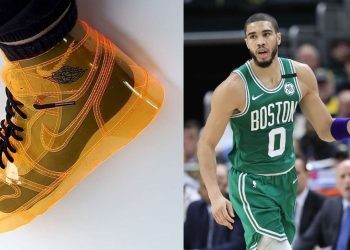 Boston Celtics star Jayson Tatum is coming off one of the best years in his career. He led the Boston ... 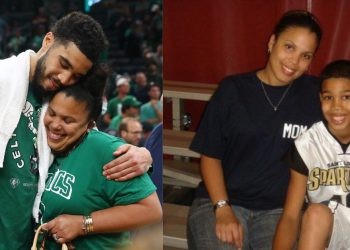 Jayson Tatum is one of the best young players in the NBA. The way he has taken the league by ... 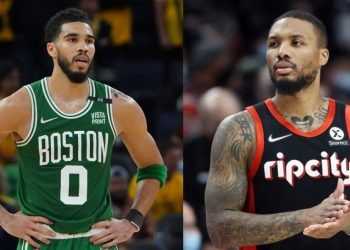 Boston Celtics star Jayson Tatum is coming off one of the best years in his career. His team fell just ... 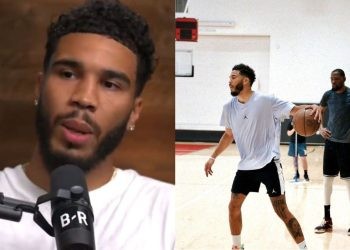 Jayson Tatum is coming off the best year in his career and his first trip to the NBA Finals. The ...