Joe Rogan is one of the most famous individuals in the world. He is a UFC color commentator, actor, comedian, martial artist, and the host of the famous Joe Rogan Experience podcast. Rogan holds a black belt in Karate, taekwondo, and Brazilian Jiu-Jitsu.

He also competed in kickboxing and taekwondo. Rogan is a former 3-division US Open Taekwondo Champion.

He attended the University of Massachusetts Boston but later dropped out. Rogan won the US Open Championship taekwondo tournament as a lightweight when he was 19 and later became a Taekwondo instructor.

He also practiced amateur kickboxing but later retired at the age of 21 after suffering head traumas and fearing worse injuries. He held a 2–1 record as a kickboxer.

Rogan started practicing karate at age 13 and later joined his school’s wrestling team. He joined Taekwondo when he was 14 and began competing at the state level.

Rogan participated in several tournaments. He won the Massachusetts Full Contact Taekwando Championship 4-times in a row and the US Open Taekwondo Championship in the lightweight, middleweight, and heavyweight divisions.

Rogan later left taekwondo and transitioned into kickboxing. He amassed an amateur kickboxing record of 2-1. Reportedly, he left the sport at age 21 because he was suffering frequent headaches and feared further serious injuries.

Rogan currently holds a 10th Planet black belt under Eddie Bravo and earned a Gi BJJ Blackbelt under Jean Jacques Machado. He is a fitness freak and trains regularly. Rogan has a ripped physique and known for his amazing taekwondo and Muay Thai skills.

Joe Rogan currently works as a commentator in the UFC. He joined the promotion in 1997 as the post-fight interviewer but later started earning money after Dana White convinced him to settle as a commentator.

Apart from this, he has worked as a stand-up comedian. Rogan’s specials aired on Comedy Central and he has appeared in multiple sitcoms and Hollywood movies. He has also worked as a host of several television shows.

Rogan has a famous podcast show, Joe Rogan Experience. He invites a wide variety of people from different fields and discusses various topics on the show.

Rogan’s net worth is estimated to be around $120 Million. But some reports suggest the number could be more. He earns around $50,000 for a UFC PPV event and a basic salary of $5,000 for a bout. According to some reports, Rogan earns around $100K for one episode from his podcasts.

Rogan is the founder of the Joe Rogan Experience Podcast and has a deal with Spotify which is worth $120 million. He earns around $60 million annually from his podcasts. Rogan is also a co-founder of Onnit, a fitness company.

He occasionally donates large sums of money to various charities. Rogan once donated a handsome amount to Las Vegas Victims Fund in 2017. In 2020, he donated $80,000 to the Wild Warriors foundation in Australia.

Rogan is married to Jessica Ditzel, a former cocktail waitress. They got married in 2009 and have two daughters. Rogan also has a stepdaughter who is a daughter of Ditzel from a previous relationship.

Rogan lives a lavish life and has a luxurious house in Lake Austin which is around $14 million. He also had a $5 million home in California. 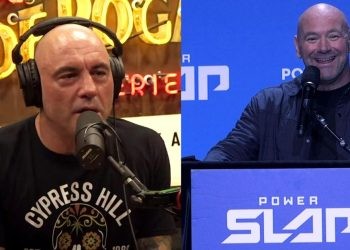 Joe Rogan is arguably the most liked UFC analyst and a lifelong martial artist. But one thing he is not ... UFC lightweight champ Islam Makhachev is a special fighter. Except for one loss, Makhachev dominated all of his opponents and ... 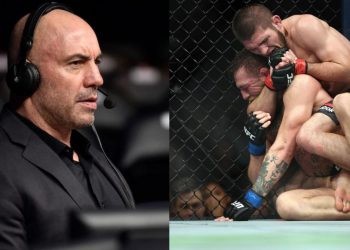 Conor McGregor vs. Khabib Nurmagomedov is still one of the biggest fights in the history of the UFC. The build-up ... 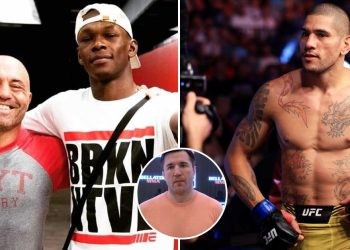 Chael Sonnen has hit back at Joe Rogan calling Alex Pereira's weight at the UFC's middleweight division on fight day ... 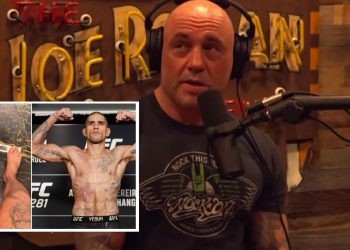 Alex Pereira is a "giant" UFC middleweight. The former two-division Glory kickboxing champion used to compete in the light-heavyweight division ... 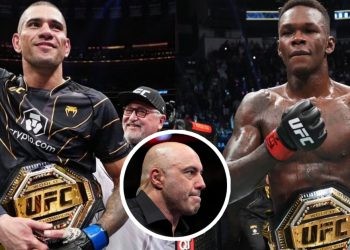 Coming into the UFC 281 fight week, Israel Adesanya repeatedly stated that he wanted to put on a horror show ... 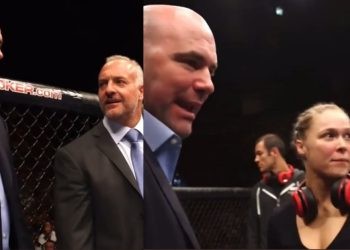 Dana White does not react well when things do not go according to his plan. Although he does not lose ... 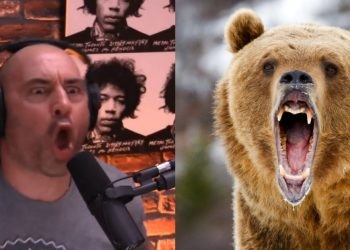 At present, UFC commentator Joe Rogan has the biggest podcast in the world! "The Joe Rogan Experience" continuously gets the ... 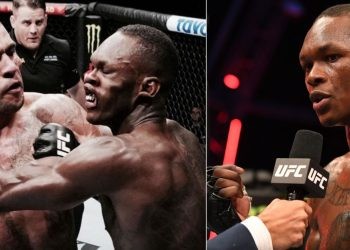 Israel Adesanya's spectacular reigns as the UFC's Middleweight Champion came to an end after the Stylebender suffered the first stoppage loss ...