Arguably the most entertaining fighter in the history of UFC, Justin Gaethje is a name to be reckoned with inside the octagon. Born in Arizona, Gaethje worked as a copper mine before transitioning full-time into MMA. GaethjeThe Highlight Gaethje is known for his aggressive fighting style and his explosive knockout power. After capturing the WSOF lightweight championship, Gaethje put up several impressive performances inside the octagon in successful title defenses. He debuted inside the UFC octagon against MMA veteran Michael Johnson where he put up a Fight of the Year performance.

Justin Gaethje continues to earn bonus awards in all his fights inside the UFC and has so far picked up five victories to his name, losing only former champions in the form Dustin Poirier and Eddie Alvarez.

Justin Gaethje is often credited for his wrestling pedigree despite a dominant striking style inside the octagon. It is this ability of his which makes him a serious threat inside the UFC octagon and against UFC lightweight champion Khabib Nurmagoemdov.

Justin Gaethje is a Division I wrestler and has an impressive resume to back his wrestling skills. Gaethje is a former two-time Arizona state wrestling champion from Stafford High School.

Justin Gaethje remained undefeated in his MMA career before stepping inside the UFC octagon. With wins over the likes of Luis Palamino and Brian Foster, Gaethje reigned as the WSOF lightweight champion with five successful title defenses. He made his MMA debut in 2001 and signed with the UFC in 2017. In less than three years with the company, Justin Gaethje is set to take on Khabib Nurmagomedov for the UFC lightweight championship at UFC 254.

Justin Gaethje remained undefeated inside the octagon before stepping inside the UFC octagon. After grabbing an impressive stoppage win over Michael Johnson in his debut, Gaethje suffered back-to-back stoppage losses against Dustin Poirier and Eddie Alvarez.

With notable victories over the likes of Johnson, Barboza, James Vick, and Tony Ferguson, Justin Gaethje is regarded as one of the most lethal strikers in the UFC.

Justin Gaethje was the first ever WSOF Lightweight Champion and currently has nine UFC bonuses to his name. He is the only fighter in the UFC to grab UFC bonuses in seven consecutive fights inside the octagon. Justin Gaethje holds the record for the highest significant strikes percentage with an accuracy of 55.6%

Justin Gaethje’s prolific performance against Tony Ferguson where he snapped El Cucuy’s 13 fight win-streak at the UFC lightweight division will go down as one of the most dominanet performances inside the octagon.

As the UFC Interim Lightweight Champion, Justin Gaethje is a popular figure in the world of mixed martial arts. He has endorsement deals with several companies like ONX Sports, Gladiators, and Bulge Clothing.

Gaethje has his own brand Violent 1 and endorses a company started by his coach Trevor Wittman – ONX Sports.

Justin Gaethje has won a total of seven UFC bonunes in his short UFC career. Additionally, his decision to accept the short-notice fight against Tony Ferguson bagged him a disclosed paycheck of $350,000. 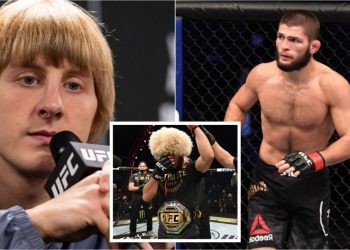 An MMA fighter and a UFC champ retiring from the sport with an undefeated record seems too good to be ... 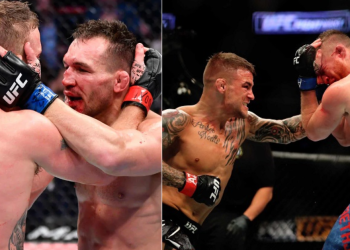 Dustin Poirier and Michael Chandler may not have a huge ton of respect for each other, but here's an interesting ... 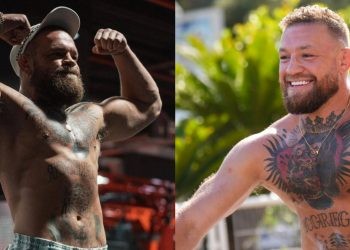 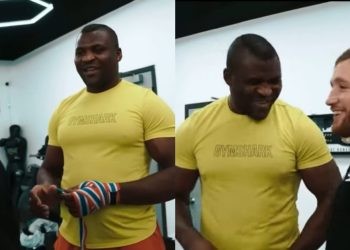 Francis Ngannou is finally back in training and he looks bigger than ever! Ngannou suffered a few bad injuries during ... 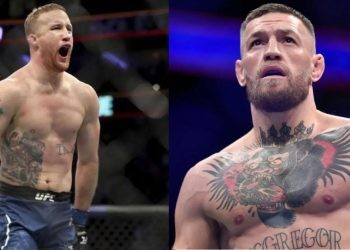 The former two-division champ Conor McGregor finally has a potential opponent for his return fight in the promotion. There have ... 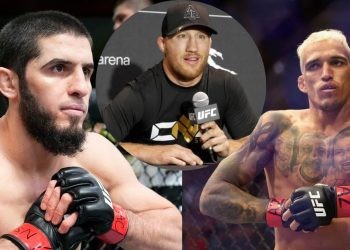 Justin Gaethje and Charles Oliveira faced each other in one of the most epic battles of this year at UFC 274. They locked ... 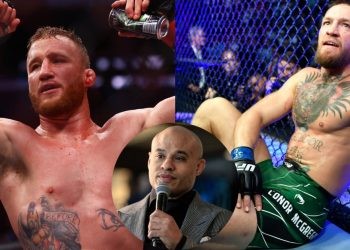 Two weeks ago after knocking out Rafael Dos Anjos, Rafael Fiziev called out Justin Gaethje for a fight in the ... 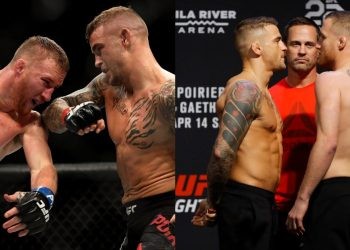 It seems like Dustin Poirier has finally got his wish! According to MMA UNCENSORED, Poirier is currently in talks to ... 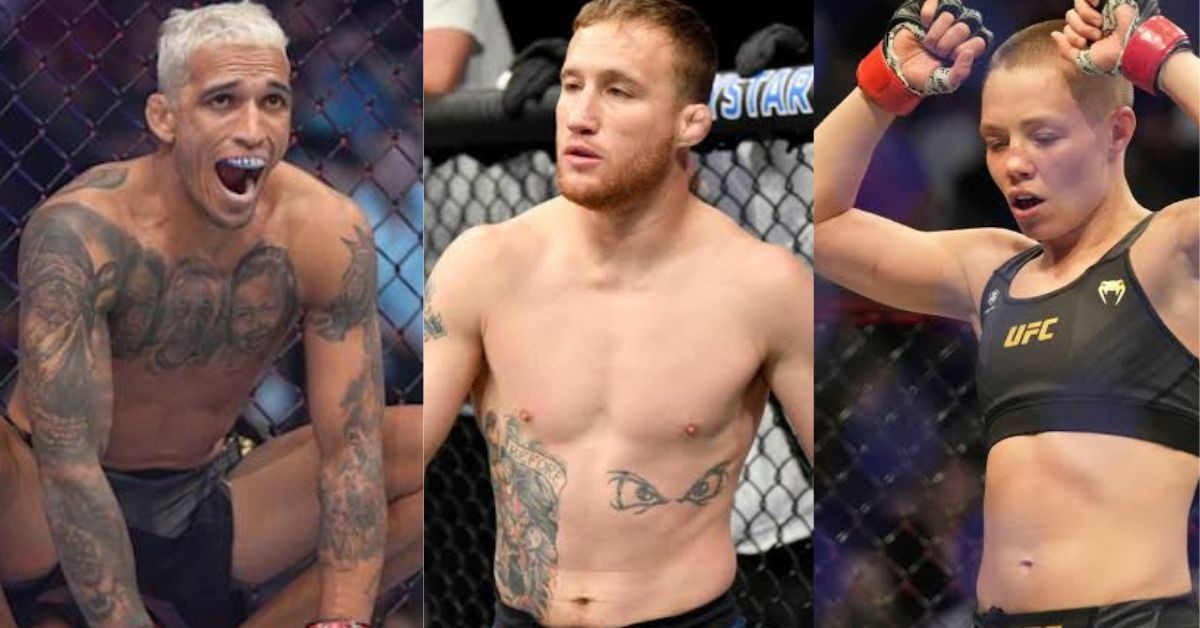 UFC 274 was full of exciting fights and stellar performances that kept the viewers on the edge of their seats ... 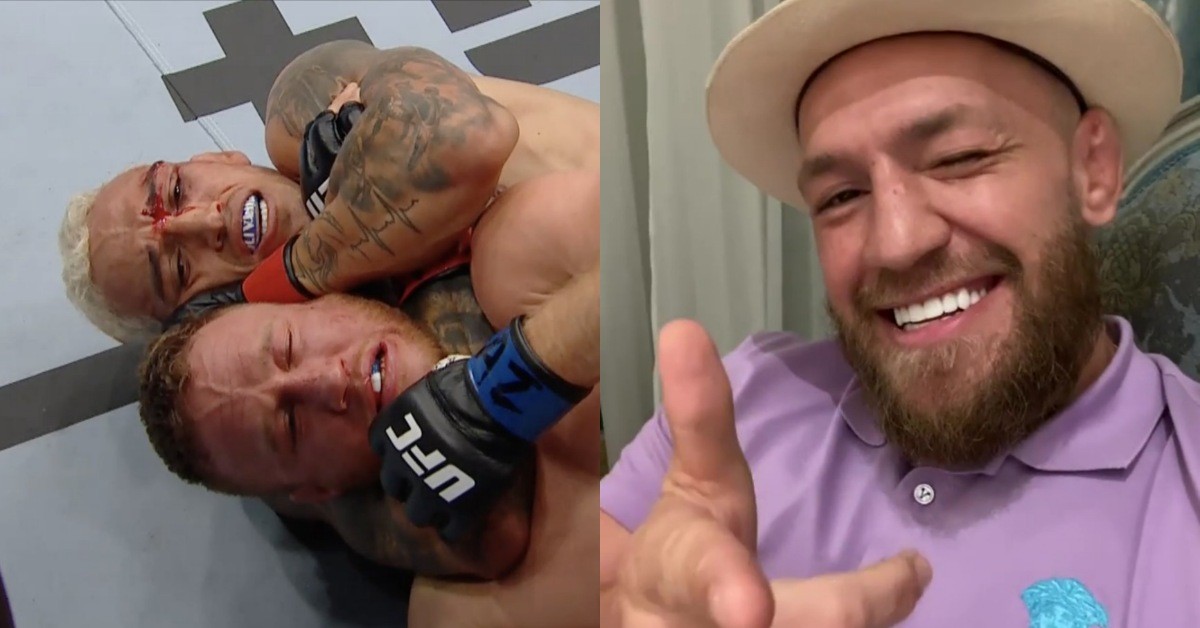 The 'Mystic Mac' is back! The former UFC Lightweight Champion Conor McGregor accurately predicts the finish of Charles Oliveira vs ...