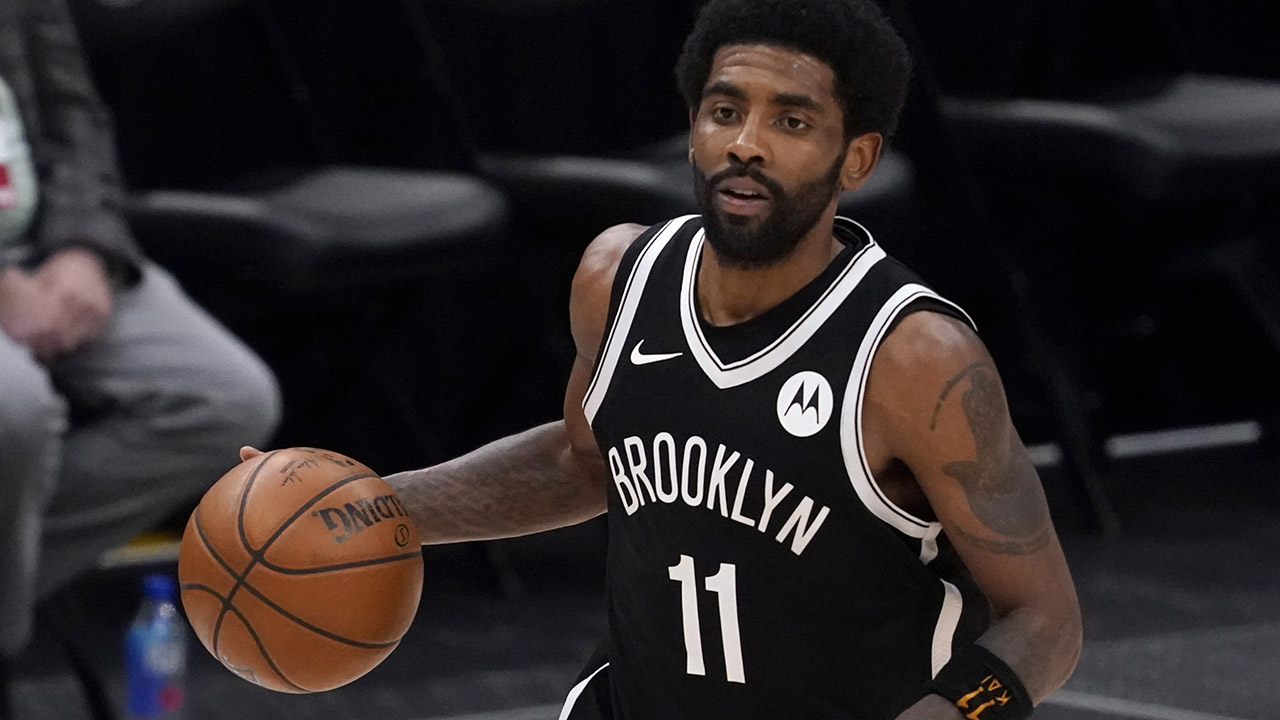 Kyrie Irving is the point guard for the Brooklyn Nets in the NBA. Irving was born on the 23rd of March 1992 in Melbourne, Victoria, Australia. His father’s name is Drederick Irving and his mother’s name is Elizabeth Irving. He is also the stepson of Shetellia Irving. Kyrie Irving also has an older sister named Asia and a younger sister named London.

Kyrie Irving holds dual citizenship and is of Lakota heritage. Irving played for Montclair Kimberley Academy and became the second person to score 1,000 points in the school’s history. He also played at St. Patrick High School where he played with Michael Kidd-Gilchrist. In 2009, Irving led the USA east team to the title in the Nike Global Challenge. He was also crowned MVP with 21.3 points and 4.3 assists per game.  In 2010, he was selected to the 2010 Junior National Select team and played at the Nike Hoop Summit.

Kyrie committed to Duke in 2009 and was a part of the Blue Devils squad during the 2010-11 season. In the first 8 games, he put up 17.4 points per game while shooting 53.2% and 5.1 assists per game. He was also a contender for the NCAA freshman of the year but suffered a ligament injury. Irving scored 28 points in his last game for Duke.

Kyrie Irving entered the NBA draft in 2011 where he was picked as 1st in the 1st round by the Cleveland Cavaliers. Irving was part of the 2012 rising stars challenge and scored 34 points He was also crowned rookie of the year in 2012. Irving averaged 18.5 points, 5.4 assists. and shot 46.9% in his rookie year

Kyrie Irving sustained a fracture in his right hand in 2012 and underwent surgery as well. The injury forced him to miss three weeks. Irving scored a then-career-high of 41 points on his return and was the youngest player to do so at Madison square garden breaking Michael Jordan’s record. Irving also played his first All-Star game that year.

The following season saw Irving start in his first All-Star game in 2014. He put up 21 points and 14 assists as the East wen ton to defeat the West 163-155. Irving was also crowned All-Star game MVP. in 2014, Kyrie signed a five-year contract extension and was joined by LeBron James and Kevin Love. The formation of this big three will forever be remembered in Cleveland for all the success the team brought in. In 2015, Kyrie Irving got the chance to play in his first-ever NBA finals. The Cavaliers were up against the Golden State Warriors. Irving however suffered a knee injury and was ruled out. The Warriors defeated the Cavs in six games.

2015 saw Irving miss out on games due to his knee injury. However, he made a comeback for all seasons. The Cavaliers finished as the first seed that year and Irving had made yet another playoff. The Cleveland Cavaliers were up against the Golden Stae Warriors once again. The first four games were not great, the Cavs were on a 3-1 deficit. However, this comeback will go down in history as one of the greatest. Kyrie Irving, LeBron James, and co put up a strong fight and pushed the series to 7 games. Irving hit the winning three-pointer with 53 seconds in the game. They ended a 52-year sports championship drought in Cleveland. Irving played his final season with the Cavaliers in 2016-17 and then requested to be traded as he wanted to be the main character of a team and not live in the shadow of Lebron James

In 2017, Kyrie was traded to the Celtics in exchange for Isaiah Thomas, Jae Crowder, and the rights to the Brooklyn Nets 2018 first-round draft pick. Irving made his Celtics debut against the Cavaliers and had 22 points and 10 assists in a loss. However, his first season with the Celtics was cut short after he went through a minimally invasive procedure to remove the tension wire in his left knee. He was also ruled out of the whole season as he required five months to recover. The 2019 season was no different for Irving. Although Kyrie showed glimpses of amazing performances and held his ground well. It was only enough to carry the Boston Celtics to the second round of the playoffs. Kyrie and co were eliminated by the Milwaukee Bucks. 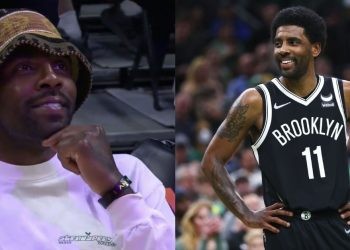 Kyrie Irving has been in the news for a while now. He was in the middle of a saga with ... 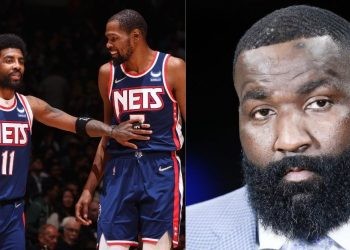 Kevin Durant's scenario with the Brooklyn Nets has not come to an end just yet. He had submitted a trade ... 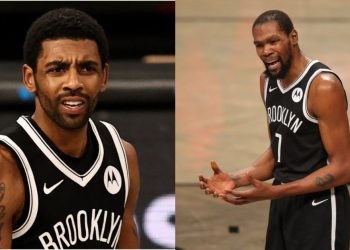 The storylines for the 2022-23 NBA season are beginning to be set in stone. One of them would be about ... 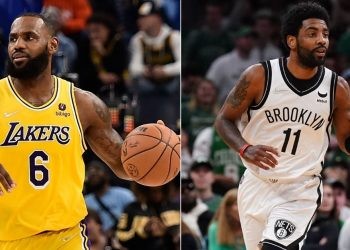 LeBron James and Kyrie Irving won the 2016 NBA championship for the Cleveland Cavaliers. This is considered one of the ... 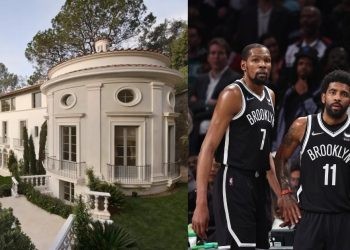 Kyrie Irving recently shocked the world by committing to stay with the Brooklyn Nets. He agreed to his $47m player ... 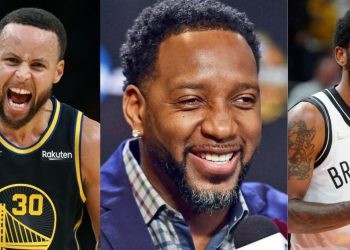 Tracy McGrady was one hell of a player back in his day. He was a machine that no one could ... 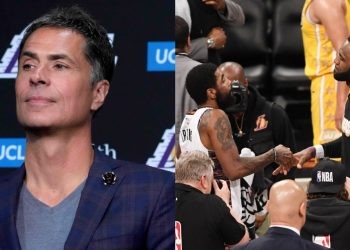 The Brooklyn Nets have imploded in front of the entire NBA and teams have been scavenging around the scraps like ... 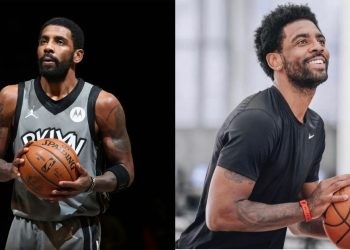 Kyrie Irving and his tenure with the Brooklyn Nets has been a weird one. When Kevin Durant and Irving joined ... 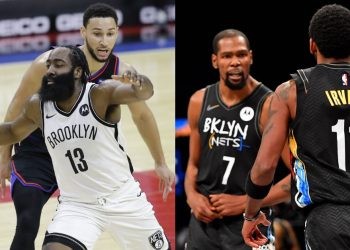 Actions have consequences, even in the NBA. Sometimes a contract being signed can have adverse effects and sometimes the assets ... 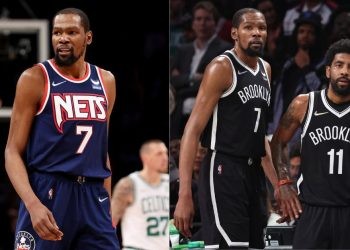 The Kyrie Irving saga that went on for a long time has finally come to an end recently. The Brooklyn ...