Robert Whittaker is one of the best fighters in the promotion. ‘The Reaper’ is known for his dynamic striking and lovable personality. He is a former UFC middleweight champion and holds a record of 15-4 in the UFC and a professional MMA record of 25-6.

The former UFC middleweight champion currently sits at #2 in the UFC middleweight rankings. He is a talented wrestler and has also competed in the welterweight division. Whittaker fought a variety of fighters over the years and has significant victories over Yoel Romero, Derek Brunson, Daren Till, Kelvin Gastelum, Marvin Vettori, Jared Cannonier, and Uriah Hall to name a few.

Apart from the UFC, Whittaker has competed in freestyle wrestling tournaments. Back in 2015, he competed in the Australia Cup in Canberra and won each of his three bouts.

He then won the gold medal at the Australian National Wrestling Championships in May of 2017 and later qualified to compete in the 2018 Commonwealth Games.

Robert Whittaker made his UFC debut in TUF (The Ultimate Fighter): The Smashes. After winning the competition as a welterweight, Whittaker went on to beat talented contenders like Colton Smith, Mike Rhodes, and Brad Scott.

Whittaker became the interim champion after defeating Yoel Romero at UFC 213. He also became the middleweight champion after Georges St-Pierre left the promotion as a champion. However, he lost the belt after losing to Israel Adesanya at UFC 243.

After that loss, Whittaker bounced back with victories over Darren Till, Jared Cannonier, and Kelvin Gastelum. Hoping to reclaim the title, Whittaker fought Adesanya again at UFC 271.

However, in the second bout, Whittaker lost the bout via a controversial split decision. He bounced back with a victory over Marvin Vettori.

According to reports, Whittaker’s total net worth is estimated to be around $4 million. But some sources suggest the number is less than that. Whittaker’s primary source of income comes from his fighting career.

‘The Reaper’ earned around $632,000 in his second bout with Adesanya. Whittaker’s biggest prize money was against Romero which is estimated to be around $660,000. Apart from this, he also receives brand endorsements and sponsorship money.

Whittaker is the owner of the gym Gracie Jiu-Jitsu Smeaton Grange. He also has a clothing brand named Reaper Gear.

Robert Whittaker is married to Sofia Whittaker. They got engaged in 2013 and have been married since 2014. He has 4 children with Sofia – three sons John, Jack, and Jace, and a daughter, Lilliana.

Whittaker holds classes for youths at his gym in Australia. He often visits some parts of Australia and serves the indigenous people and the youth communities. 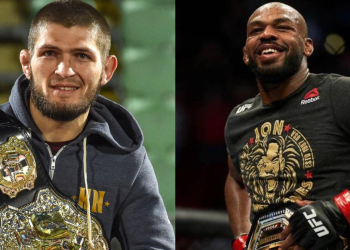 Recently, President Dana White announced that heavyweight champ Francis Ngannou is parting ways with the UFC. This was followed by ... 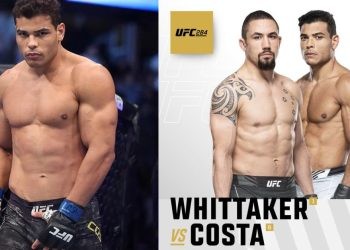 The blockbuster fight between Paulo Costa and Robert Whittaker at UFC 284 has been canceled. According to Costa, he never ... 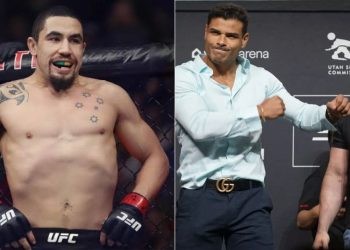 UFC has put the curtain on Robert Whittaker vs Paulo Costa. Initially set to take place at UFC 284, the ...

For months together Paulo Costa has been trying to explain that he is not fighting Robert Whittaker at UFC 284: ... 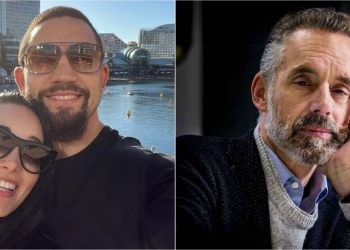 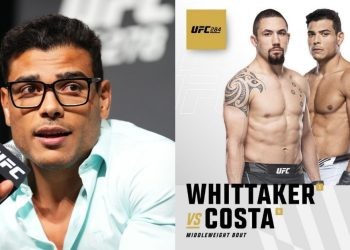 UFC middleweight fighter Paulo Costa is set to return to the Octagon at UFC 284. Costa beat the former champ, ... 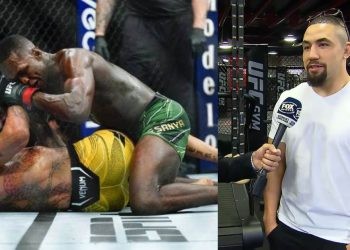 Robert Whittaker gives his take on how he would fare against the new UFC middleweight champion Alex Pereira. Whittaker previously ... 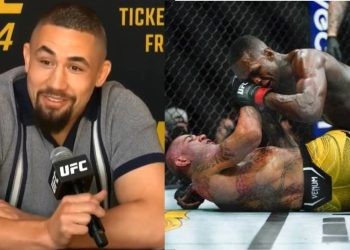 Former Middleweight champion Robert Whittaker believes that Alex Pereira is a better matchup for him than Israel Adesanya. Whittaker has ... 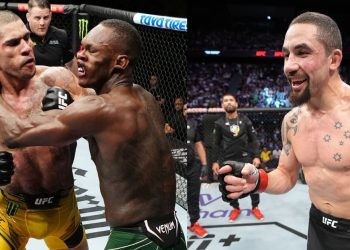 Former UFC middleweight champion Robert Whittaker was overwhelmed while watching Israel Adesanya getting knocked out by Pereira in the fifth ... 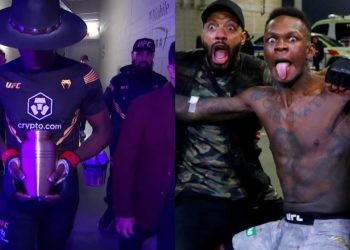 Israel Adesanya has established himself as one of the best middleweights to have ever stepped foot inside the octagon in ...