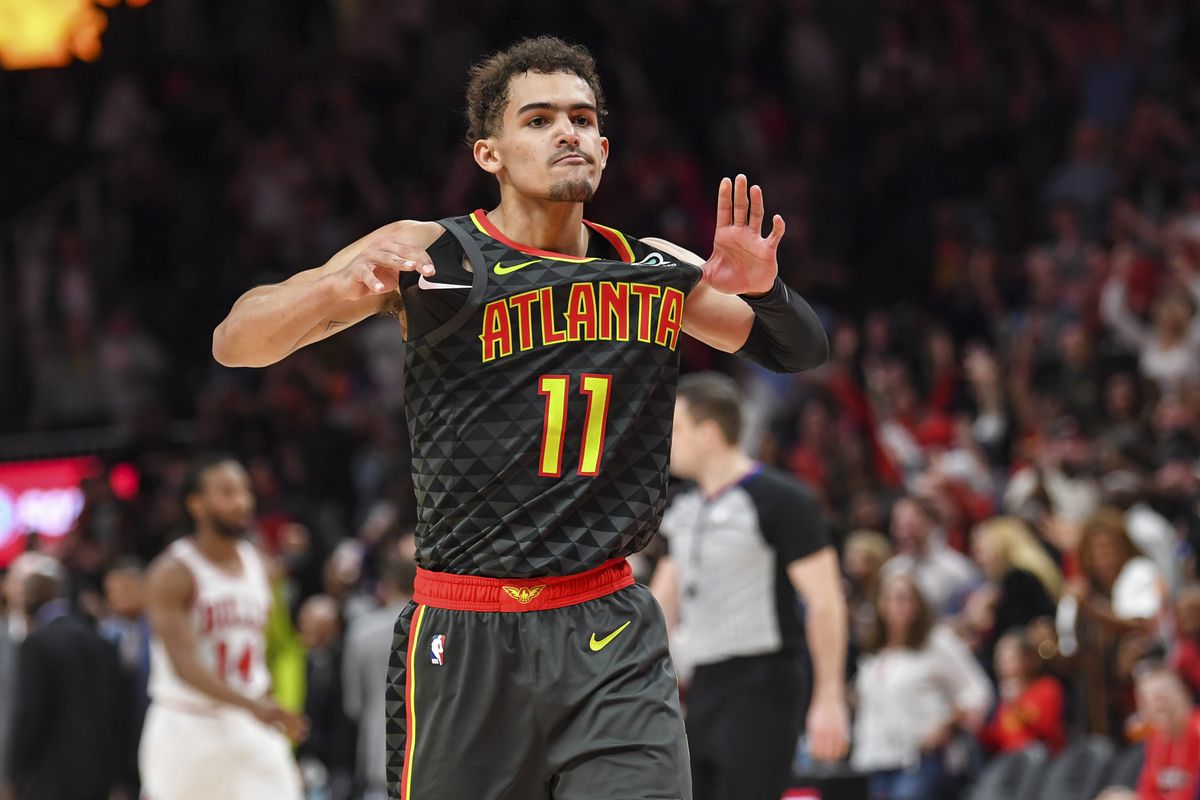 Rayford Trae Young is a point guard for the Atlanta Hawks. Trae was born on the 19th of September, 1998 in Lubbock, Texas. Young was a student at Norman North High School. He however began playing basketball only in his sophomore year. Young helped the team win the 2015 area championship and was also crowned as Oklahoma’s Sophomore of the Year. In his junior year, young began to grow. he averaged 34.2 points, 4.6 rebounds and 4.6 assists per game. He was also named Oklahoma’s Player of the Year. In his final year of school, he was considered as on of the best players in the 2017 recruiting class. Trae committed to play basketball for the University of Oklahoma in 2017.

Trae Young is the son of Candice and Rayford Young. Rayford was also a basketball player. He  played at Texas Tech and also went pro in Europe. Trae has a younger brother named Tim and two younger sisters, Caitlyn and Camryn. Trae also has  relatives who played college basketball under the NAIA.

Trae played one season with the Sooners and started in 32 games. He  recorded 848 points, 271 assists in the season. Young averaged 27.4 points per game, and 8.7 assists per game. Trae announced he was declaring to the NBA draft after the 2018 NCAA Men’s Basketball Tournament, forgoing his three last years of collegiate eligibility. He also won various honors in the one season. Some of them include, 2018 NCAA Season Assist Leader., 2018 NCAA Season Scoring Leader, Big 12 Freshman of the Year and was named to the Consensus First-team All-American.

Trae Young was selected by the Dallas Mavericks, with the 5th overall selection in the first round during the 2018 NBA draft. The Dallas Mavericks traded him along with a first-round pick for the rights of Luka Doncic, who the Atlanta Hawks had previously selected third overall. The trade between Luka and Trae is said to be one of the most balanced trades in NBA history. Both teams received superstars who have the full potential to carry the NBA.

Trae made his NBA debut for the Hawks and in his third game he put up a season high 35 points. He managed to make a mark for himself as a point guard in the NBA quickly. Flashy handles, great in game IQ and a wonderful long-range shooting accuracy is what Young brought for the Hawks. He was also part of the NBA-All Star backcourt starter squad. In 2021, Young made his first NBA playoffs. He joined the greats like LeBron James and Chris Paul as the only player in league history to put up 30 points and 10 assists in a playoff debut. Trae helped the Hawks make it to the conference Finals. Trae dropped a playoff career high 48 points in game 1 of the Eastern Conference Finals against the Bucks.

Trae Young gave us a look at his first ever signature shoe from Adidas. The shoe is called the ICE Trae 1. The color of the shoe perfectly fits Young’s villainous persona.

Trae Young is in a happy relationship with Shelby Miller. Miller is a student at the University of Oklahoma. She graduated in 2019 with a degree in media and communications. Sources suggest that the couple live together in Atlanta with their two French bull dogs, Normi and Lanta.

Net Worth, Endorsements And Salary 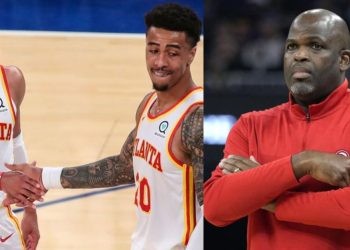 Trae Young and the Atlanta Hawks might just be about to make some changes. Not many NBA fans are aware ... 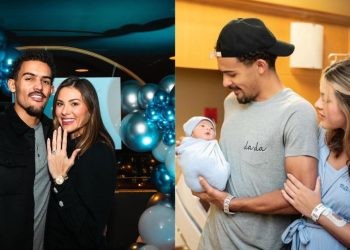 Trae Young is an NBA superstar playing for the Atlanta Hawks, he has been in the league for just 4 ... 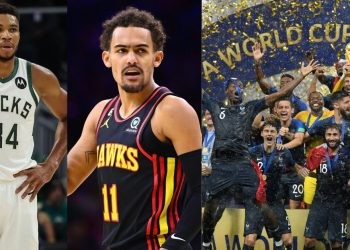 The FIFA World Cup 2022 has started and it has not disappointed so far. As the countries fight to win ... Trae Young and the Atlanta Hawks will be facing the Toronto Raptors tonight. Both these teams have gotten off to ... 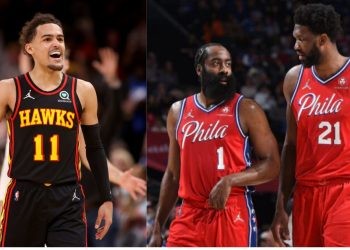 Trae Young and the Atlanta Hawks have gotten off to a good start this NBA season. They are looking to ... 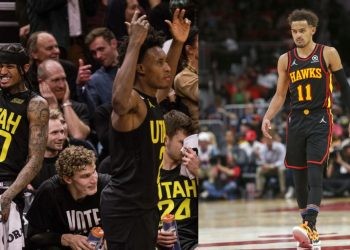 Trae Young and the Atlanta Hawks have gotten off to a solid start this 2022-2023 NBA season. They currently hold ... As November just started, America has been shocked by yet another piece of news. Popular rapper Takeoff was shot earlier ... 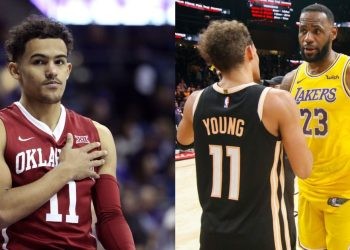 LeBron James is an NBA superstar and a 20-year veteran in the league. He has won 4 NBA titles throughout ... 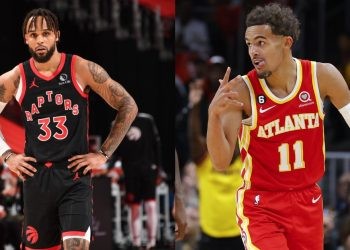 The NBA has been a rollercoaster of a season so far. There have been many teams who have both given ... 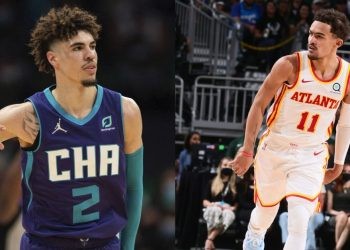