The next fight card of UFC, UFC Vegas 11 takes place on 19/11/2020 in the UFC Apex arena. It is undoubtedly the most stacked non PPV fight card of this year from UFC.

This fight card features a welterweight main event between the former UFC champion, Tyron Woodley, and the former interim champion, Colby Covington. After years of bad blood and trash-talking, these two welterweight elites will finally lock horns inside the UFC octagon.

Tryon Woodley is coming off two huge losses against Kamaru Usman and Gilbert Burns. And the odds will be against him when he takes on Colby Covington who is coming off a closely contested fight against the welterweight champion, Kamaru Usman. A win for Covington will secure him a title shot against the champion while a win for Woodley will still keep him relevant at the top of the welterweight rankings.

In a light heavyweight thriller, Johnny Walker takes on Ryan Spann. Mackenzie Dern makes her comeback against the veteran, Randa Markos. Kevin Holland takes on Darren Stewart to kick off the main card.

After raking up seven straight victories at the Welterweight division against some of the most prominent names in the history ...

Khamzat Chimaev shocked the world once again as he picked up a brutal KO win over Gerald Meerschaert at UFC ... 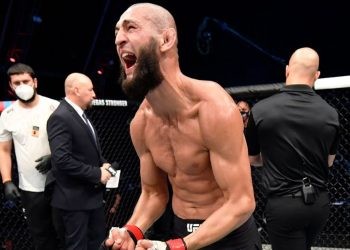 Khamzat Chimaev walked the talk as he picked up a brutal KO win over Gerald Meerschaert at UFC Vegas 11 ... 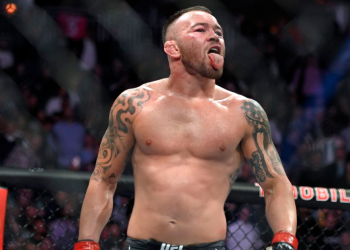 It won't be wrong to say that it wasn't surprising to see Colby Covington get a phone call from President ...

Tyron Woodley succumbed to his third straight loss inside the octagon as he suffered a brutal stoppage loss against Colby ...

How Did Tyron Woodley Injure His Rib Against Colby Covington?

UFC comes to the fans with one of the most stacked fight cards of the year, UFC Vegas 11. And ...

UFC Vegas 11 kicked off with a TKO win with Tyson Nam picking up a stoppage victory over Jerome Rivera. ...

Donald Cerrone takes on Niko Price in a welterweight showdown in the co-main event of UFC Vegas 11. This is ...

Ahead of the hugely anticipated showdown between two of the best Welterweights in the world, Tyron Woodley and Colby Covington ...