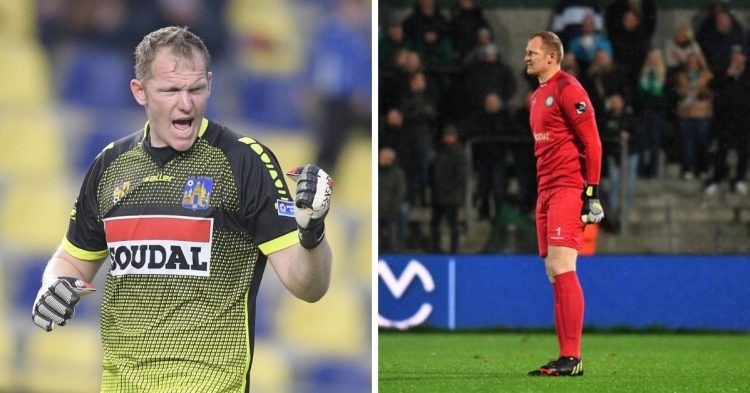 Successful soccer players come in all forms, but certain physical characteristics, such as height, can be influential in their performance. This is especially true for goalkeepers, who need a certain level of height and arm span reach. On the field, players who are taller and have good jumping and positioning abilities have an advantage in aerial challenges.

The tallest player in soccer history is Kristof Van Hout, a goalkeeper from Belgium who stands at an impressive 7 feet and 2 inches tall (2.18 meters). Van Hout most recently played for Lommel.

Van Hout’s career has been a success, despite his height. He first joined the ranks of professional soccer in 2004 and since then, he has played for several teams, including Willem II, Kortrijk, Standard Liège, and Lommel.

Van Hout’s height has given him an obvious advantage on the pitch. He can reach higher and farther than most other players, making it difficult for opponents to score against him. His long arms give him an edge when it comes to making saves, and his height also allows him to be a formidable presence in the box during corner kicks and free kicks.

Kristof van Hout is a Belgian professional. He plays as a goalkeeper. He is best known for being one of the tallest players in the history of professional soccer, standing at an impressive 6 feet 10 inches (2.08m).

Van Hout was born on June 1, 1985 in Roeselare, Belgium. He began his youth career with the local club KV Roeselare before moving on to play for KSC Lokeren and Club Brugge. In 2004, he made his professional debut for Lokeren and went on to make over 100 appearances for the club over the next four seasons.

In 2018, van Hout joined the Belgian second-division club RWDM Brussels, where he is currently playing. In addition to his club career, van Hout has also been a member of the Belgium national team but hasn’t got much chance to play in the national team.

Tonny Brogaard is a retired Danish player who played as a defender. He is best known for his impressive height, standing at 6 feet 9 inches (2.06m) which made him one of the tallest players in the history of professional soccer.

Brogaard was born on June 18, 1964, in Horsens, Denmark. He began his professional career with Danish club AGF Aarhus, where he played for six seasons before moving on to play for other Danish clubs such as Vejle Boldklub and FC Nordsjælland. He also played for the Dutch club Feyenoord Rotterdam and FC Zürich in Switzerland.

Vanja Iveša is a Croatian professional who plays as a goalkeeper for FK Vojvodina in the Serbian SuperLiga. He is known for his impressive height, standing at 6 feet 9 inches (2.06m), which makes him one of the tallest players in the history of professional soccer.

Iveša was born on August 11, 1989, in Croatia. He began his professional career with Croatian club NK Zagreb, where he played for two seasons before moving on to play for other Croatian clubs such as NK Osijek and HNK Hajduk Split.

Lacina Traoré is an Ivorian professional soccer player who plays as a striker for the Russian club Krylia Sovetov. He is known for his impressive height, standing at 6 feet 8 inches (2.03m), which makes him one of the tallest players in the history of professional soccer.

Traoré was born on February 22, 1990 in Abidjan, Ivory Coast. He began his professional career with the Ivorian club Stade d’Abidjan, where he played for two seasons before moving on to play for other Ivorian clubs such as Africa Sports and ASEC Mimosas.

Costel Pantilimon is a professional soccer player from Romania. He is a goalkeeper and stands at 6’8″ tall.
He began his professional career in Romania with FC Timisoara and then moved on to play for teams such as Manchester City and Nottingham Forest in the English Football League.

He has also played for the Romanian national team. He is known for his imposing height and his ability to make acrobatic saves. He has won several trophies during his career, including the English Premier League with Manchester City in the 2013-14 season.