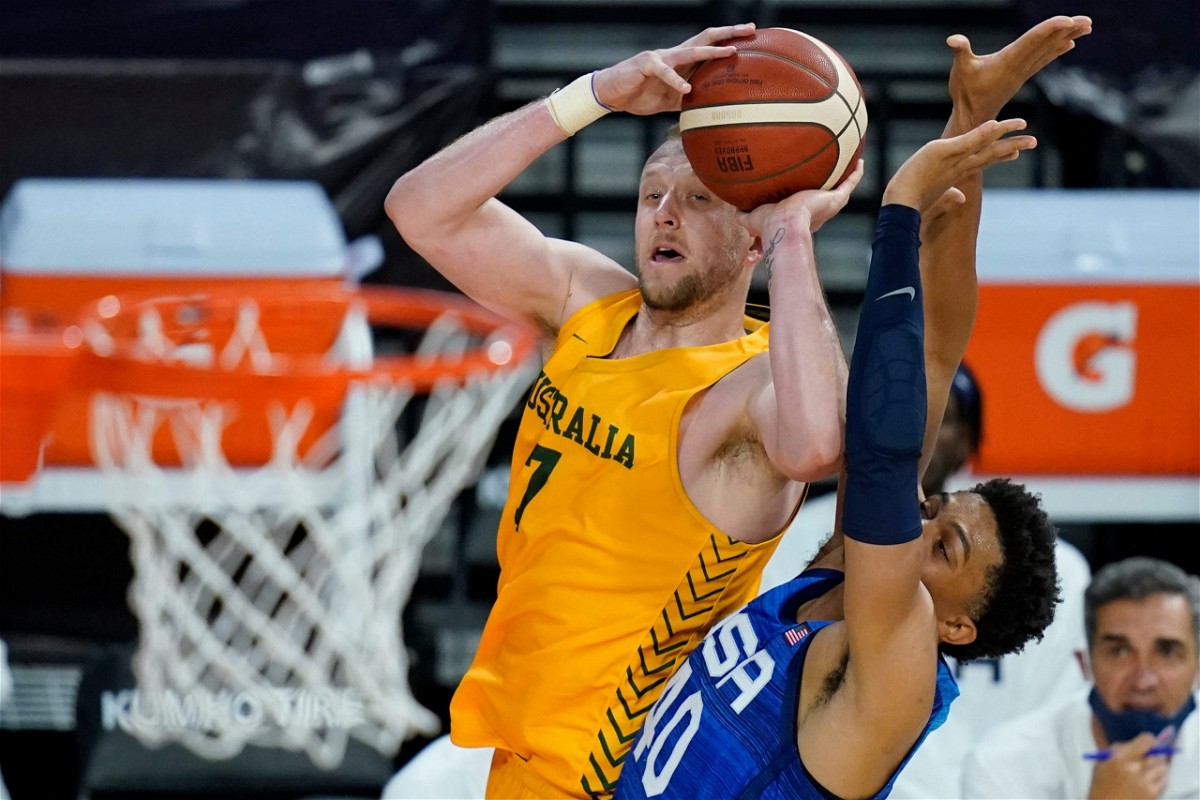 Team USA are the overwhelming favorites in all the games they will play this season of the Tokyo Olympics. However, in just the first 2 exhibition games, they’ve looked awful. A team with 8 former All-stars is just expected to blow teams out of the water. But somehow the task has been way harder for than imagined.

In the 2 Tokyo Olympics exhibition games played by the United States, they have lost to Nigeria and now Australia.

How did Team USA lose to Australia?

The rules in the FIBA tournaments are somewhat different to that of the NBA. Those include the travelling calls, 3 pointer distances amongst other things. However, these played are extremely experienced and used to these rules.

Another glaring issue is that the players who are scoring a lot of points aren’t doing it efficiently, except for Damian Lillard. And the players that are shooting well, are not shooting enough. In the NBA if any of these players have games scoring under 25-30 points, its considered a bad game. That’s the standard to what we hold these NBA Players. Bradley Beal played 32 minutes but attempted just 6 shots. His efficiency was really good and he had the hot hand but did not capitalize.

The difference with Team USA dominating before and now in the Olympics is the fact that the NBA is more global now. More international players are headlining the NBA than players from the USA. Team Australia is not as talented as USA but have a lot of really good NBA Players. And those players put on a show tonight.

Australia defeats #USABMNT 91-83 in exhibition play in preparation for Tokyo.

If I told you Patty Mills and Joe Ingles would score the same amount of points as Damian Lillard and KD, you’d call me mad. But they did. Matisse Thybulle was the player of the game for me because of his complete game. He had 12 points, 3 steals, 2 blocks whilst shooting 71% from the field. He outshined all the NBA stars tonight. In easier words, Australia played their heart out and beat the giants in the overconfident USA.

No One can believe what is going on in these Tokyo Olympics exhibition games. Ja Morant, in one tweet has summarized their play.

Are Team USA not taking these Tokyo Olympic exhibition games seriously? Are they focusing on the main tournament more? That’s what the fans hope and we’ll see that soon in the rest of the games.