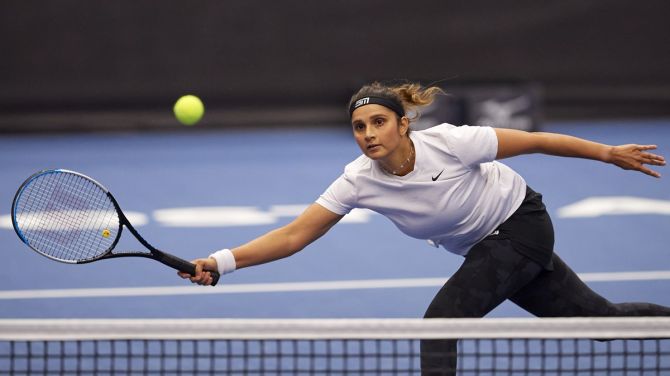 At the end of the tennis calendar events of this year, Sania Mirza is set to retire from her professional tennis career.

Sania Mirza and her Ukranian partner Nadiia Kichenok faced a tough loss at the Australian Open 2022. Sania and Kichenok lost to their Slovenian counterparts Kaja Juvan and Tamara Zidansek by 4-6 and 6-7, making an early exit from the Grand Slam tournament.

Sania, one of the notable sports figures of India, announced her potential retirement in the post- match press conference. This declaration came after she and her partner Kichenok failed to qualify for the second round of this year’s Australian Open.

During the post- match press conference, the 35 year old  Sania declared– “I’ve decided that this will be my last season. I’m taking it week by week. Not sure if I can last the season, but I want to.”

Sania continued- “There’s a bunch reasons for it. It’s not as simple as ‘okay I’m not going to play’. Considering her prolonged recovery and her 3  year old toddler, she decided to step down from the professional career. She said- “I do feel my recovery is taking longer, I do feel, considering my son is three years old, I’m putting him at risk by travelling so much with him, that’s something I have to take into account.”

Her coach along with her father, Imran Mirza confirmed the retirement news to the press.

Sania began her professional tennis career in 2003, and retired from singles in 2013. Since then she has been playing women’s doubles and mixed doubles at Grand Slam tournaments as well as ATP World tour events.

Her prominent win was the Wimbledon 2015 women’s doubles victory. She shared this success with her Swiss partner Martina Hingis. The duo went on to play more tournaments until 2016, when both of them split owing to differences.

Sania Mirza published her autobiography, the book “Ace against Odds” in the year 2016.

With about six Grand Slam titles to her name, Sania is going to retire from her professional career at the end of 2022.

Sania Mirza is all set to play mixed doubles along with the American player Rajeev Ram against Belinda Bencic(Switzerland) and Filip Polášek(Slovakia) in the Australian Open 2022.