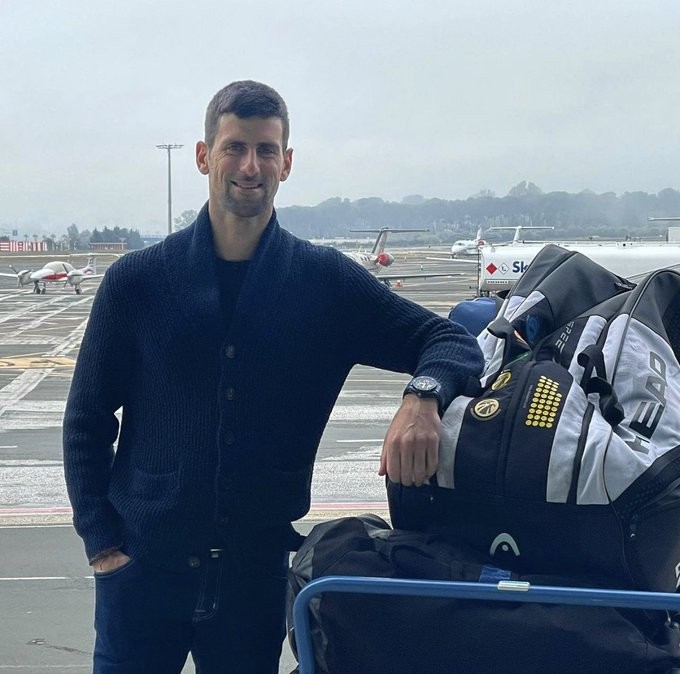 Novak Djokovic is the world’s No. 1-ranked men’s tennis player. He travelled from Dubai to Australia. This journey was supposed to begin his defence of the Australian Open singles championship.

Upon arriving he was told that he would need to leave the country. The information was relayed to him following a 10-hour standoff with government officials at a Melbourne airport.

At the airport he was held in a room overnight over the validity of his visa. Djokovic was also questioned about the evidence supporting a medical exemption from the coronavirus vaccine.

The exemption was supposed to allow Novak Djokovic to compete in the Australian Open even though he has not been vaccinated.

Novak and his personal team are yet to leave the country. They have been given permission to stay till the 10th of January due to the Federal Court hearing.

Players React to Novak’s Exclusion From The Australia Open

Rafael Nadal is currently playing the Melbourne Summer Set ATP 250 tournament. He was asked about Djokovic’s exclusion from the Grand Slam and he did not hold back. Je gave up very straight and sharp answers.

“The world, in my opinion, have been suffering enough to not follow the rules.” Here’s what Rafael Nadal said when asked about rival Novak Djokovic’s attempt to enter Australia https://t.co/vbpkW9mecB via @quicktake pic.twitter.com/sIx0hXGx7G

“Of course I don’t like the situation that is happening. In some way I feel sorry for him. But at the same time, he knew the conditions since a lot of months ago, so he makes his own decision.” – Nadal had said.

Australian tennis players James Duckworth and Alex de Minaur expressed their surprise at the decision when asked at the ATP tournament in Sydney.

“Look, I don’t know the criteria for exemptions. Yeah. Apparently it’s an independent panel. He must have fit the criteria somehow,” Duckworth had said. “That’s very politically correct of you,” de Minaur replied to Duckworth. “I just think it’s very interesting. That’s all I’m going to say.”

Former AFL player Kevin Bartlett said on Twitter that the public had been “taken for fools”.

Public reaction to the news of Djokovic’s exemption was overwhelmingly hostile. Especially the fans who live in Victoria had to endure strict restrictions due to Covid. For them to see a player getting special treatment had irked them.

Australian Prime Minister, Scott Morrison was in Canberra when Novak Djokovic arrived in the shores of Australia. The PM said, “if he is not vaccinated he must provide acceptable proof that he cannot be vaccinated for medical reasons”.

“If that evidence is insufficient, then he won’t be treated any different to anyone else and will be on the next plane home – there should be no special rules for Novak Djokovic,”.

Mr Djokovic’s visa has been cancelled. Rules are rules, especially when it comes to our borders. No one is above these rules. Our strong border policies have been critical to Australia having one of the lowest death rates in the world from COVID, we are continuing to be vigilant.

Scott Morrison further tweeted after Novak had entered Melbourne that, “Mr Djokovic’s visa has been cancelled. Rules are rules, especially when it comes to our borders. No one is above these rules. Our strong border policies have been critical to Australia having one of the lowest death rates in the world from COVID, we are continuing to be vigilant.”

Scott Morrison got to invoke the government’s authority to deny entry to Djokovic.

Novak Djokovic is tied with Rafael Nadal and Roger Federer for the most Grand Slam men’s singles titles with 20. This tournament would have been a favourite for him to win his 21st in Melbourne where previously he has prevailed nine times.

ATP Cup 2022: A List of the Teams That Qualified for the Semi Finals and the Results