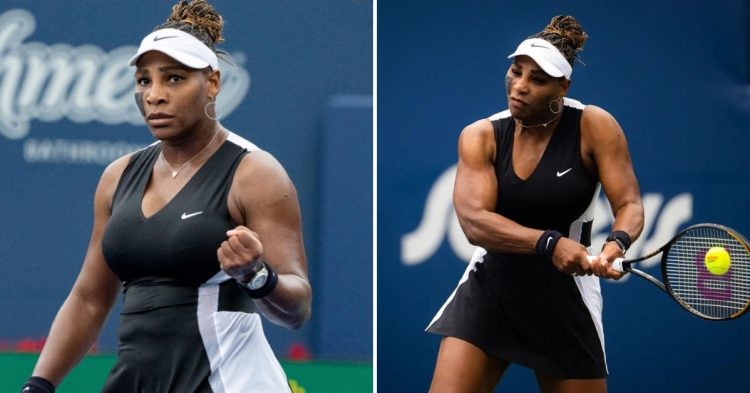 Serena Williams finally won a match in 14 months as she beat Nuria Parrizas-Diaz in the first round of the Canadian Open. After staying away from the game for a long time, Serena made a comeback at Wimbledon only to lose in the first round.

However, she showed signs of her old self as she won the match in straight sets 6-3, 6-4. Even after winning the match, junior Williams looked more relieved than happy. As per ESPN, she said during the post-match conference, “I was happy to have a win. It’s been a very long time. I forgot what it felt like.”

Serena admitted she still not there yet mentally. However, every match and every win is slowly taking her to the right state of mind. Furthermore, she said, “I’m not where I normally am and I’m not where I want to be. But I think any match that I play, whether I win or lose, it helps me get there.”

Fans of Serena went mad on Twitter as they took to Twitter to celebrate her win. Some fans expressed how the match was nerve-wracking for them and it felt like they were watching the match from the stadium. One fan wrote, “I definitely played that with her! I’m tired and don’t wanna watch another match today!”

I def played that with her! I’m tired and don’t wanna watch another match today!

Some other fans were just pleased to see Serena play on court and expressed their happiness on her first win in more than a year. Furthermore, another fan wrote, “Today is a reminder of how much I miss being part of a live Serena match where even if u need to use the restroom, u gotta hold it in.”

Today is a reminder of how much I miss being part of a live Serena match where even if u need to use the restroom, u gotta hold it in, where u would shout so loud until u lose ur voice, where ur ♥️ beats like crazy with every shot. Grateful to see u, @serenawilliams! @NBOtoronto

Other than the mental space, Serena also feels that she is not there yet physically as well. She said, “Physically I feel much better in practice, it’s just getting that to the court. But literally, I’m the kind of person who it just takes one or two things and then it clicks.” However, she is confident that she would get there very soon.