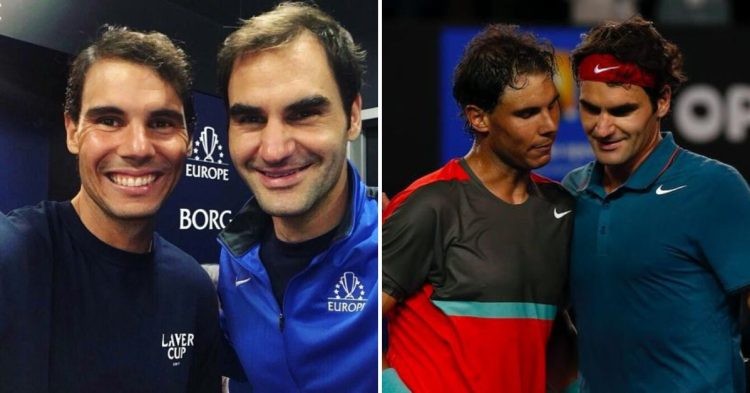 Friendship day is over and there is only one friendship everyone can think of when it comes to tennis. Two legends- Roger Federer and Rafael Nadal share one of the most iconic rivalries in the history of the sport. However, did you know that the two are very close friends in real life?

When Rafael Nadal broke into the men’s tennis scene, Federer was the player to beat. While other players struggled to match the skill of Federer, Nadal stood up to the Swiss legend and started giving him a tough time. However, behind the rivalry, the two legends developed a friendship for life.

As per Sportstar, Federer opened up about his friendship with Nadalin in an interview a few years back. He said, “I saw him grow, right in front of my eyes. I always feel like he’s one of the guys from tennis – players – that I could call up and, if I told him something, it would be a secret between the two of us.”

Federer recalled in the same interview how their dynamic was very different at the start of Nadal’s career. Since Federer was an established player, Nadal felt intimidated and was very shy of talking to the 20-time grand slam champion.

Furthermore, Federer recalled, “We went in phases a little bit. In the beginning, he was so extremely shy and he was so – how do you say? – like, looking up to me, that he just said, ‘Whatever you say, Roger, I agree with you. Because you’re so important to the game. And I know you want the right thing,’”

However, as Nadal progressed in his career and made a name for himself, he started to open up. Soon he felt more confident and started showing his true self. Federer said, “And over time, he became himself, the dominant player he became, and he started to build his own strong character. … And then, of course, the rivalry started building.”

As the two slowly reach the tail end of their careers, tennis fans across the globe will not only remember their rivalry but also their friendship. Very rarely do people see such warmth between two legends of a game and tennis fans are grateful to Federer and Nadal for that.