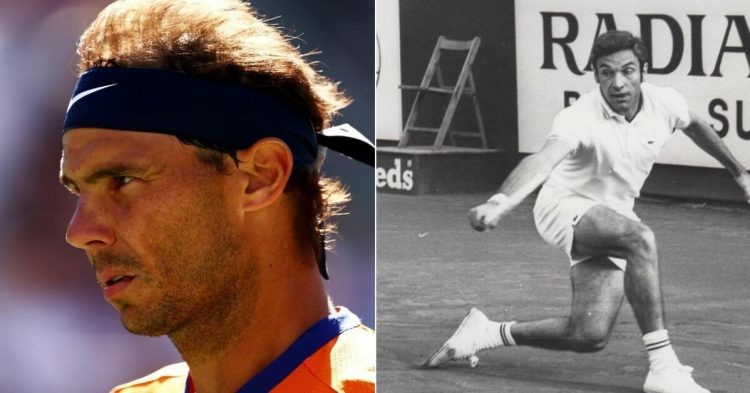 Rafael Nadal has had a glorious career spanning more than a decade in the sport of tennis. It can be said that he has completed the game since he has achieved everything there was to be achieved and won everything that had to be won.

A lot of tennis pundits even claim that Rafa could have easily won a couple more grand slam titles if not for his injury woes. Rafael Nadal recently made a comeback in the Paris Master after a two-month worth of hiatus from the sport due to an abdominal injury.

However, he could not have much of an impact and lost the first match of the tournament itself. In an interview, a former Spanish tennis player Jose Luis Arilla spoke about the potential chances of Rafa winning another grand slam title before his eventual retirement. He stated,

“Rafael Nadal can win another Grand Slam at any time, but he has to arrive at the tournament in perfect physical condition.”

He has to plan his calendar so that he can perform at his best in the most important tournaments. He has had a very long career, in which he has asked a lot of his physique.”

Jose’s analysis is logically sound since in every tournament wherein Rafa has remained fit or walked into it in a state of perfect fitness he has dominated his opponents.

Even though Nadal had an excellent 2022 season, he was plagued by a lot of injuries. His first injury issue started out during the course of the Rolland Garros.

His recurring chronic foot issue was back to haunt him however, he did not give up. He used injections to numb his foot and eventually went on to win the French Open title. During the course of the Wimbledon, Rafa seemed in good form.

However, he suffered an unfortunate abdominal tear which forced him to withdraw from the semifinal match. Even though it seems that he has recovered from the tear, he is yet to recover his form.

Rafael Nadal currently holds an all-time record of 22 Grand Slam title wins. He also has a record 14 Rolland Garros titles which are way more than any of his rivals in the sport.

He won two of his grand slam titles this season after he managed to win the Australian Open and the French Open title after Rafa defeated Daniil Medvedev and Casper Rudd in the finals respectively. It seems that Nadal still has the hunger to go on and win another of those grand slam titles.