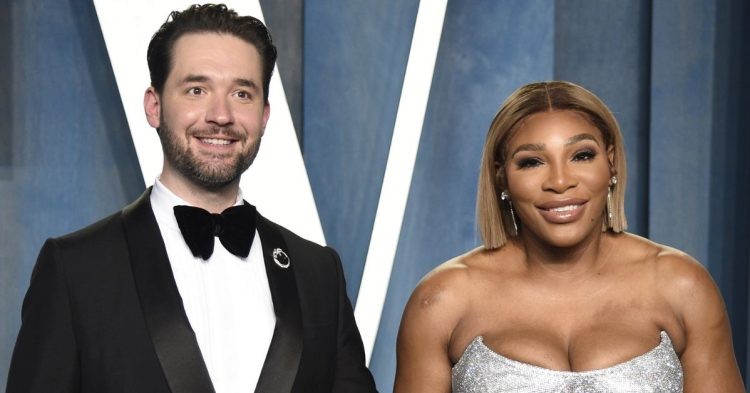 It’s undeniable that Serena Williams and Alexis Ohanian, a super adorable celebrity couple in general have made headlines ever since they got married in 2017. The American, who opened up about her relationship and first encounter with her husband Alexis reportedly shares a healthy relationship with her partner.

The couple according to the tennis icon met for the first time in Rome while being on tour with her entire crew. Bumping into each other and having shared some initial awkward moments, the couple has since set on making pretty memorable moments for themselves including becoming proud parents.

The couple got engaged back in December 2016 and later on got married on November 17, 2017, and together have made one of the most adorable kids. Serena Williams is a parent to one daughter who goes by Olympia Ohanian.

Alexis Olympia Ohanian Jr. was born into the world on September 1, 2017, in West Palm Beach, Florida. Between tennis and Nike campaigns, Williams spends as much time with her little girl as humanly possible, and according to the 41-year-old, when husband Alexis Ohanian isn’t helping to build internet companies, he’s trying to figure out how to do his daughter’s hair.

She got her own Instagram account when she was just a few weeks old, and her proud parents love to show off her most stylish moments, and all of her talents. Surprisingly, she is already playing tennis.

Williams has always been honest about both her love for her daughter and her struggles with pregnancy and motherhood. The tennis star also had a near-death experience during Olympia’s birth when Williams’ heart rate plummeted during labor so she had to have an emergency cesarean section.

When Olympia was 11 months old, Williams shared her feelings of mom guilt on Instagram. “I felt like I was not a good mom,” she wrote. “It’s totally normal to feel like I’m not doing enough for my baby. We have all been there. I work a lot, I train, and I’m trying to be the best athlete I can be. However, that means although I have been with her every day of my life, I’m not around as much as I would like to be.”

In an interview with TIME, Williams revealed that motherhood had been “tough,” saying, “some days, I cry. I’m really sad. I’ve had meltdowns.” She talked about her struggle with postpartum depression, too. “Sometimes she just wants Mommy, she doesn’t want anyone else. I still have to learn a balance of being there for her and being there for me.”

That said, the 23-time Grand Slam champion loves spending time with her daughter. “The last 2 years have been my greatest accomplishment,” she wrote in an Instagram caption on Olympia’s second birthday in 2019. Williams stepped away from tennis in September 2022 and Olympia has made her mom “very aware” that she’s happy with that decision.