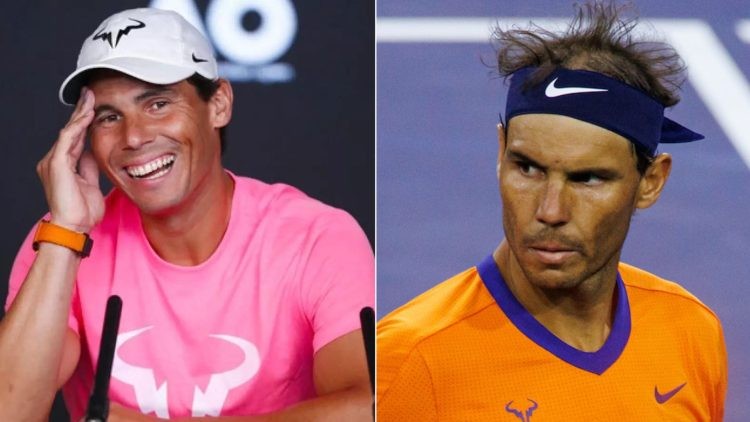 Rafael Nadal recently welcomed his first baby boy with his wife Maria Perello. He took a break of two months to recover from his abdominal tear and also devote much-needed time to his recently expanded family.

Finally, Nadal is back to participate in the Paris Masters which is the final ATP 1000 event of the year and it would be an important practice tournament for Rafa before the Australian Open which would take place at the beginning of 2023.

In the pre-tournament press conference, Nadal was in a good mood and was seen joking around and sharing laughs with the reporters. During the press conference, Rafa was obviously asked questions about his new parenthood and how it has directly or indirectly.

Rafa on the business zoom meetings he has with a baby 😂 pic.twitter.com/CnIXIPttne

Nadal was also asked if he regularly speaks with his three-week-old baby born over video calls while he is not at home. To this Rafa joked that his son is too young to speak however, he is very close to speaking. He further stated,

“He won’t speak really yet, he’s almost there,”

Yeah, it’s quite interesting how even after only two or three weeks, leaving your son at home and not be able to see him, how even with this after only three weeks knowing him, you start missing him, no?”

This would be the first time Nadal would be participating in a tournament as a father.

Rafa had taken a two-month hiatus from professional tennis due to his abdominal injury and also to give some of his time to his family, especially after his son was born.

Finally, the Spaniard has decided to make his comeback in the Paris Masters which could be his final tournament of the year before the reigning champion goes on to play the Australian Open.

Rafa will be starting his campaign through the Round of 32 by facing Tommy Paul. Tommy defeated Roberto Bautista Agut to set up a clash with Rafael Nadal. The Paris Masters is an important tournament for Rafael Nadal and he needs to play deep in the tournament if he wants to overthrow Carlos Alcaraz for the World No.1 position.

He reflected on his match fitness and said that due to his age he cannot be certain about his match fitness levels before a tournament starts, and he will only know about it after he plays a couple of matches.