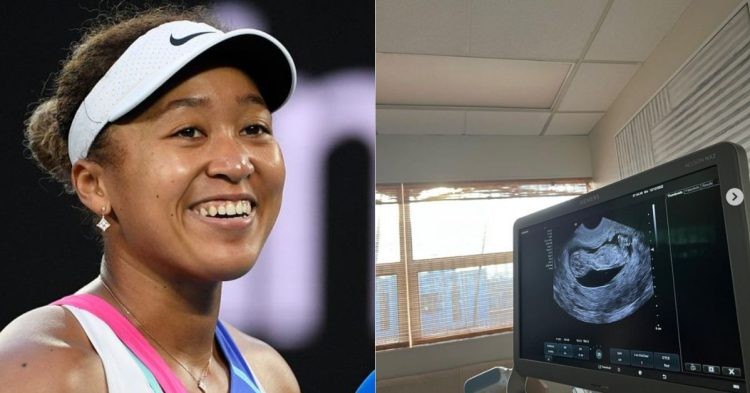 Naomi Osaka along with a Sonogram image of her baby (Credit: Instagram)

Just moments ago four-time Grand Slam champion Naomi Osaka took to her Instagram and in a surprising revelation announced her pregnancy to the world, unequivocally answering all questions many fans posed to know – why the young star did not participate in the Australian Open 2023.

In an Instagram post uploaded by the Japanese star lies a sonogram image of her baby and right along with it a short message for her fans expressing her feelings saying “I know that I have so much to look forward to in the future, one thing I’m looking forward to is for my kid to watch my matches and tell someone, ‘that’s my mom.'”

Osaka’s pregnancy announcement absolutes her unfortunate absence from the WTA tour for the 2023 season. Her comeback chances although look slim with factors such as post-pregnancy recovery but the Japanese star in full enthusiasm has expressed her excitement to return on tour starting next year.

Off the court, Osaka has remained the highest-paid female athlete, due to her various partnerships and sponsorships. She started her talent agency in 2022 alongside her longtime agent Stuart Duguid and has since signed Nick Kyrgios and Ons Jabeur as clients.

Naomi Osaka, who has been experiencing an overall bad performance streak on tour since last year and has been witnessed withdrawing from major tournaments has confirmed she will return to the tour in 2024, hopefully resuming with the Australian Open.

Who is Naomi Osaka’s boyfriend Cordae?

Osaka, who is one of the most talented tennis players on the circuit revealed that she is expecting a baby with boyfriend Cordae, the 25-year-old rapper whom she’s been dating since 2019.

Just last week she posted pictures on social media of a trip to Europe with her United States rapper boyfriend Cordae.

Naomi was sent packing in the first round of the US Open last year and has since only participated in a total of 11 tournaments. She has failed to clinch a title since the Australian Open 2021 and has been unable to move past even the first-round challenges in any major tournaments.

She has been candid about her mental health struggles and told reporters the sport was no longer bringing her joy after a third-round exit at the 2021 US Open, but later revealed she had been struggling with depression and anxiety for several years.